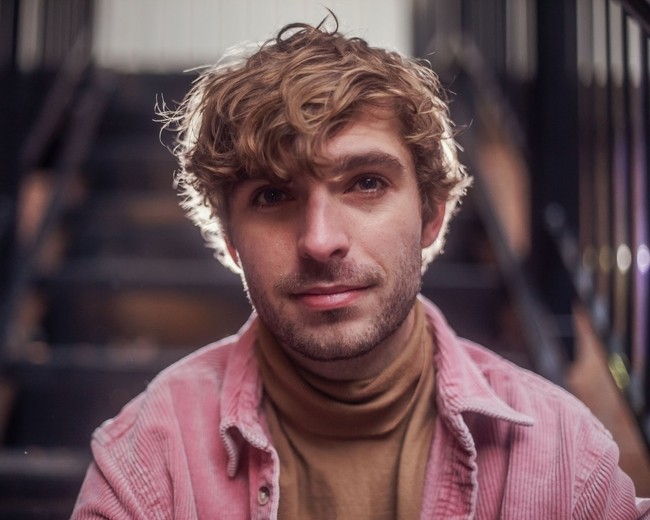 Flames of Fire’s is set for to finally release the debut album of Flames of Fire and their video for the song Solution the focus song on this album. Very epic song in the same style as classic songs done by Rainbow & Black Sabbath – Heaven and Hell, Stargazer & Gates of Babylon.

French rock/metal newcomers After Us streamed entire debut EP ‘Breaking The Dark’ // Out now on all streaming platforms.

A few days after unveilling an official music video illustrating the single “Get Out” from their debut EP, French rock/metal female fronted “newcomers” – but formed by long-time experienced musicians – After Us just shared the whole effort for FREE STREAMING on Bandcamp.

About Sam: Sam Stacy is a Los Angeles-based singer, songwriter, and musician. Growing up in Nebraska, Sam was first introduced to music through a community choir. He moved from choir to musical theater and by the age of 12, had taught himself to play guitar. After high school, Sam auditioned for Berklee College of Music, but was rejected because he only played by ear. Disappointed, he continued to pursue music, but opted for a degree in economics and business. During college, he’d study by day and gig by night making a name for himself in his local scene. After graduating, he took a job working at a bank to keep his evenings free for performing. Once he started making more money from music, he quit his day job and never looked back. Serendipitously, when the pandemic hit, the casting department from “The Voice” messaged Sam asking if he’d like to audition. Before he knew it, he was in a hotel for two months on Team Blake Shelton. He ended up losing to a country artist in the battle rounds, but says it was the perfect musical outlet during the pandemic. Sam now lives in Los Angeles and is a full-time musician.

Fyfe and Iskra Strings today share a fresh glimpse into their eagerly anticipated ‘Interiority’ album by sharing the brand new track ‘Night Sky’. Set to be released on June 10th, ‘Interiority’ will be the duo’s first full album together after previously releasing two self-titled EPs, which were combined in 2019’s ‘Extended Play’ collection.

Thunder have shared the second taste of their upcoming new album ‘Dopamine’, out 29th April on BMG – a slab of optimistic arena-rock, ‘Dancing In The Sunshine’.

The ten track album, written and recorded all within the past two years includes the previously released single “Charlie”, the intensely personal song “Stella”, the psychedelic and euphoric “Afterlife” and their uplifting new song “Leave It Behind”.