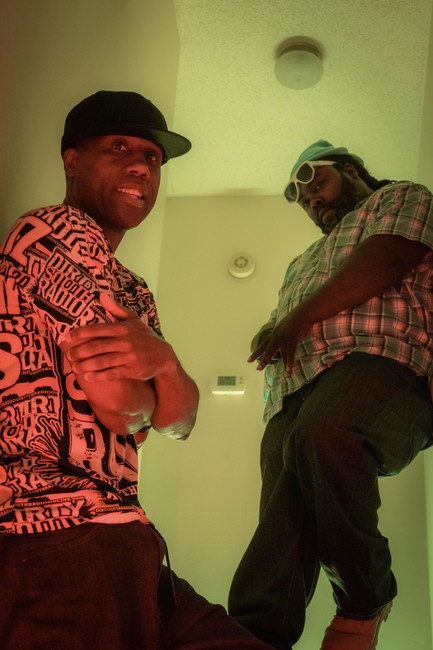 “Fast money equals short life,” rapper G of StreetSmartz101 assures us on “Money Talk.” He doesn’t sound overly alarmed, moralizing, or disinclined to chase after cash. He’s just reporting the news — and speaking with the authority of lived experience. G and his partners in the Ocala, FL hip-hop crew are unsparing for a reason: they’ve already overcome plenty of challenges, and they’re under no illusions that their trials are over. They’ve seen poverty, crime, desperation, violence, discrimination, and plenty of lust for dollars among their unscrupulous peers. They’ve had to beat long odds to get as far as they have, and G raps like he knows it.

So maybe it’s not so remarkable that “Money Talk” sounds as joyous, poised, and confident as it does. The members of StreetSmartz101 are survivors, and that alone is a good reason to celebrate. It’s a tough game they’re playing, but they’re well acquainted with the rules, and they know how to work the angles. And as ruthless and practical as they can be, they aren’t amoral. They’ve demonstrated that clearly on their 2021 singles “Black Tears,” an elegy for Trayvon Martin, George Floyd, and others killed by the police, and “Queen’s Anthem,” a celebration of African-American womanhood. They know exactly where they’re at and the scope of the problems they’re facing.

They also know their limits. In the first verse of “Money Talk,” G tells us that if we’re not talking about money, that’s not his business — and that isn’t just a play on words. The members of StreetSmartz101 don’t judge or scold; they’ve been through too much for that. They’re giving you hard, muscular, straightforward rhymes over menacing trap beats, delivered by a veteran rapper whose entertainment instincts are never overwhelmed by his desire to communicate. “Money Talk” also caught the ear of Russ’s tour DJ, DJCalvin. Without hesitation, DJCalvin featured “Money Talk” on his BACK 2 DA BASICS mixtape hosted by platinum recording artist FUTURE. The mixtape is currently ranked 17th on the mixcloud.com global hip-hop charts.

In the video for “Money Talk,” just above his stylish white sneakers, G wears a tracking bracelet around his ankle. It’s a reminder of his run-ins with the law, his time spent in the penal system, and the culture of electronic surveillance that we’re all living in. The directors at Moskino Films specialize in blunt-edged, street storytelling, and they bring the same casual roughneck energy to their work for StreetSmartz101 that they did for Cha$in Truth, Coombs, Coop Deville, and other rappers. They’ve got plenty of digital tricks for us, too, including cut-outs, freeze-frames, some quick-moving animation, and sudden bursts of flame. But the heart of the video is the footage of G’s performance — frank, direct, oddly endearing, ducking nothing, wholly committed to the truth and its consequences.