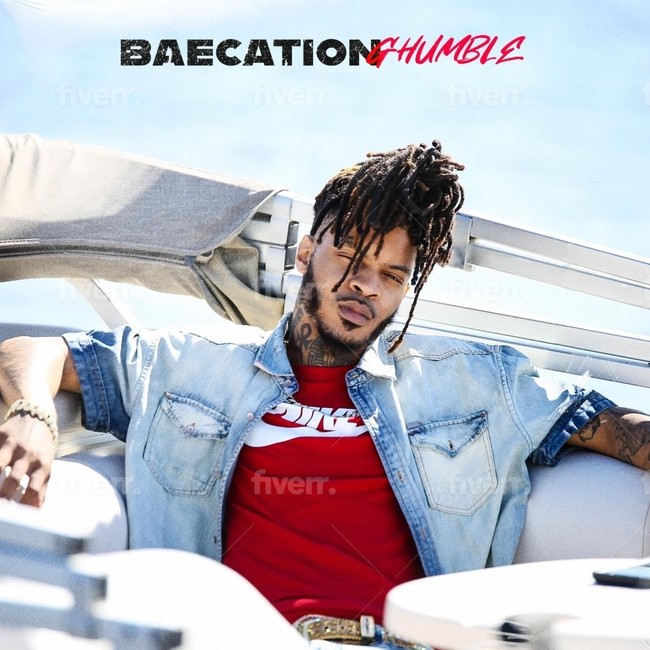 Like any artist with aspirations of gradually growing into a respected performer, Ghumble doesn’t attempt to purposely appease his critics or overly pander to pre-existing fans. Yet his latest two projects – the single “Baecation”, and the EP “Humble Days & Humble Nights” do just that. Providing a steady descent into his world through bumping beats, ethereal atmospheres and warped vocal runs, tinted with relatable storytelling. Encapsulating everything that makes Ghumble such a compelling writer, his illustrations of life’s snapshots are both colorful and confrontational. His EP is a solid work that establishes him among the leaders of the new school.

GHumble was born in Gary, Indiana. He moved to Indianapolis at the age of three. Music has been an anchor for him since he was a child. His musical interest started in church and being around singers in his family. At the age of ten he began writing poems – this then progressed to writing song lyrics.

Now at the age of 28, GHumble is soaring to new heights in his music career and continues to release more music and projects to the public.

“Humble Days & Humble Nights” is at its best when it captures an artist torn between worlds. Like many rappers who aspire to scaling unimaginable heights in their career, Ghumble wants to expand his territory, while keeping one foot firmly placed in his world. That highwire balancing act makes the EP very compelling. We’re witnessing someone grappling with his emotions, experiences and aspirations in real-time.The piano is a vital instrument on this EP, as its resonant sound sets a dramatic tone to each of the songs, starting with the head-nodding opener “Adele”. The mood is dark and impacting, before switching to the momentum pushing “Focus”, where Ghumble picks up the pace on his flow and wordplay. The piano strikes with climactic impact on “Good Za Za”, as Ghumble unloads a fiery performance that invokes an inspiring delivery.

Staying true to the melodic flow that often elevates his game, Ghumble deals in life’s poetic paradoxes for the runtime on the soulful and searching “Long as You Wait”. The sentiment-laced sonics of “Make it Make Sense” delivers precisely what you’d anticipate from Ghumble in terms of delivery and production. It’s actually among the most riveting lyrical outings of the entire project.
“Put Your Mind To It” is an avenue for Ghumble to prove that he can glide over celestial textures. His performance is one of several instances in which audiences become aware of the project’s potential magnitude.

“Humble Days & Humble Nights” concludes on another beautifully reflective note with “Sky is the Limit”, invoking hip-hop’s proud storytelling tradition like never before. Its narrative style and use of the piano-driven beat, as well as the backing harmonies ingeniously escorts his rhymes away from the abstract realm, and into autobiographical reality.If the intention behind “Humble Days & Humble Nights” was to show Ghumble’s artistic range and prove that he’s an aspiring star, it’s safe to say that he excelled on both counts. Ghumble not only showcases well-roundedness, but depth, daringness and clarity of vision. While the status he’s aiming for is ultimately awarded by time, opportunity and influence, he’s certainly put his best foot forward.

Of course we should also not forget Ghumble’s hot new single, “Baecation”, appropriately designed for the summer season. Its subtle Caribbean groove, will have your hips swaying, as Ghumble’s smooth melodic flow cuts through to your ears like a Catamaran through the fresh waters of a deep blue ocean.

One of his strengths, is that Ghumble understands how his voice works, what kinds of tracks suit him best. He can croon a feel-good song with the same ease he raps a confrontational threat. “Baecation” shows us how he does it.