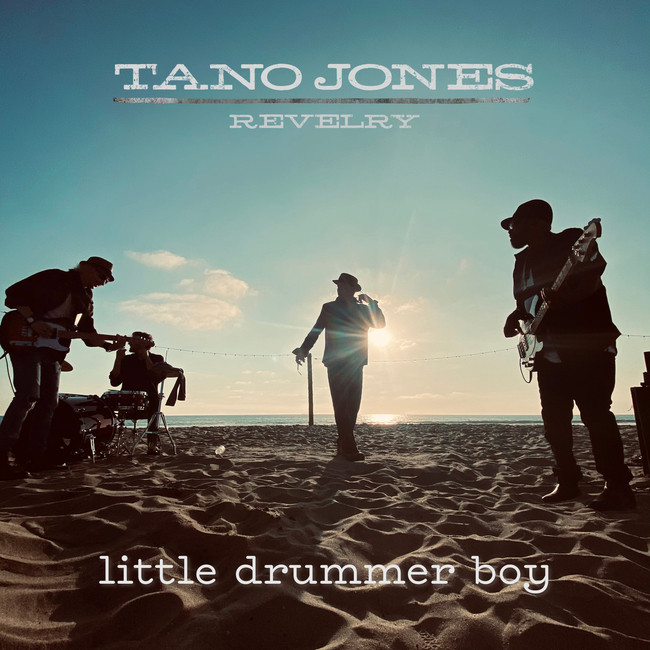 It doesn’t snow on Venice Boulevard, but that doesn’t mean it’s not a good setting for a Christmas story. People in Southern California always know how to throw a party — and that includes a holiday party. In their clip for their funky version of the seasonal standard “Little Drummer Boy,” The Tano Jones Revelry take us to the Pacific Ocean beachfront and the streets of Los Angeles. There, they make a powerful case that a Christmas in the sunshine is every bit as celebratory, and maybe every bit as reverent, too, as a holiday held under a blanket of white.

They’ve chosen an appropriate song to score their holiday reverie. Of all the pieces of popular Christmas music, “Little Drummer Boy” is the most aspirational, approachable, and humble. It’s not narrated by an angel, a saint, or a supernatural being. Its central character is a poor kid with nothing but a drum. Yet when given a chance to play that drum, his dedication and inventiveness make a powerful impression on everyone who hears it, including the newborn King. “Little Drummer Boy” is about making the best of what you’ve got and creating magic with limited resources, and it’s become a favorite of musicians, who recognized in the title character a kindred spirit.

Resourcefulness is one of Tano Jones’s most prominent traits. His flexibility is apparent in his approach to music and the distinctive sound he’s developed, which draws from R&B and soul, pop-funk, hip-hop, and classic rock in equal measure. Every track he plays is harmonically and rhythmically sophisticated, and it’s all graced by his gorgeous voice, which is as crisp and invigorating as a breeze off the sea. His arrangement of “Little Drummer Boy” is a prime example of his imagination — and his daring. The song begins with little more than an acrobatic bass groove and a magnetic vocal performance. But by the second verse, he’s added relentless percussion, wah-wah guitar, Stax-inspired horn bursts, finger snaps, everything going hard and digging deep, all for the King and the glory of music.

The celebrants in the “Little Drummer Boy” video don’t have all that much to bring to the party. Yet they’re young, they’re enthusiastic, and they’re lucky to live in a place as magical as Los Angeles — and they act like they know it. There’s a bounce to their steps as they carry their modest gifts from their places of business to the seashore. When they get there, they find The Tano Jones Revelry set up on the sand, and when the sun sets and the bonfire roars, it’s hard to imagine a more idyllic setting for a get-together, no matter what holiday that party commemorates.