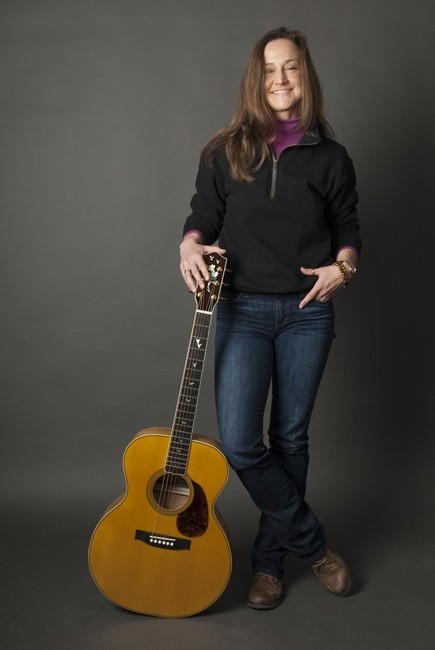 When you are down on your luck, everything looks like a sign. A stray encounter, a change in the weather, a talisman: to a desperate person, they all promise a new dawn. Usually, that’s just superstition. But what if there’s more to it? What if the belief in a lucky break is enough to motivate a person to take a risk that they desperately need to take in order to change a life that’s been spiraling dangerously downward? In “Red Number 5,” the new single from California-based Americana singer-songwriter Janean Christine Mariani, the discovery of a wheat penny sets off a chain reaction in the fortunes of a beleaguered woman who absolutely deserves a good turn.

Mariani brings the story to life as she always does in her songs: with wit and warmth, impeccable detail, and wry observations on the human condition and the follies of romantic relationships. She sings “Red Number 5” with the insight and depth of feeling of a person who has been there before. Launching a career in independent music is not unlike placing a long shot bet — but if you don’t have confidence in yourself, you’ll never get a chance to see where the wheel stops.

Just as she did on the 2020 re-recording of fan favorite “She Said She’s Leaving,” Mariani collaborates on “Red Number 5” with an influence and musical hero — John Reilly of Sheffield, UK pop-rock band Boy On A Dolphin. Together, they’ve fitted Mariani’s tale of heartbreak and redemption to music that’s every bit as engaging as the storytelling. Sheffield’s production is simultaneously raucous and reflective, rocking and poised, and while the emphasis is on Mariani’s nicely-wrought verse, he’s made room for a stinging guitar solo and a swell organ ride.

The video for “Red Number 5” is, technically speaking, a lyric clip, and for an artist as thoughtful about her lyrics as Janean Christine Mariani is, that’s appropriate. But there’s plenty of action here, too — long stretches of highway, footage of the places name-checked in the song, and images of the protagonist in flight from a dreary life to a better one. The clip covers territory: it starts (as does the narrative) in whiskey-drenched New Orleans, and proceeds north through the gambling halls of Tunica, Mississippi, and ends in freewheeling Memphis. It’s pure American storytelling about a predicament that’s sadly universal, and each glittering phrase feels like a promise of better things to come.