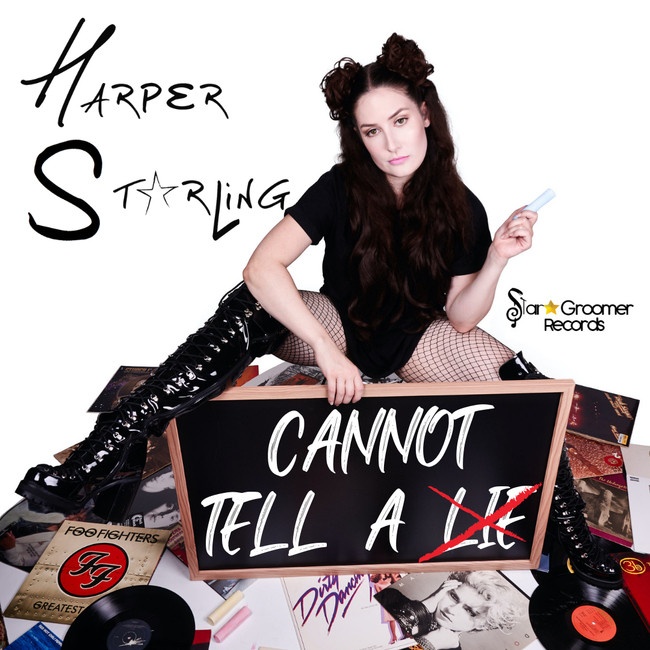 “It’s not like I was innocent,” concedes Harper Starling in the dramatic pre-chorus of “Cannot Tell a Lie,” her latest single. She owns up to her participation in a ferociously competitive pick-up scene: playing the angles and calculating the odds, losing lovers to former friends, getting with the wrong person for strategic reasons, drinking deep from the bottomless well of intrigue in her adopted hometown of Los Angeles. She’s making it clear that she’s not committed to anybody or anything except truthfulness and self-expression. That’s a bad break for the boyfriends in her life, but it’s great news for millions of us who can’t resist a fiery, candid, thoroughly racy dance-pop song.

Just as she did on her prior single, “No More What If,” Harper Starling matches her forthright storytelling (and wicked sense of humor) to an irresistible melody and a relentless beat. This is the kind of dance music that summons the faithful to the floor: a mesmerizing, pulse-quickening, spirit-raising anthem sung by a true believer with a burning desire to share her experiences — even the ugly ones — with her listeners. “No More What If” was the tale of a woman shaking free of small-town Wisconsin to pursue her showbiz dreams in California; “Cannot Tell A Lie” is the too-true story of the interpersonal machinations that she finds once she gets there. The “What If” video was picked up by mtvU and MTV Spankin’ New, and set Harper Starling up for an October tour in the UK in support of dance-pop act A1. “Cannot Tell A Lie” is bound to extend that winning streak even farther.

What accounts for her meteoric rise? Mostly talent, hard work, and great material, to be sure. But in the era of the endlessly retouched selfie, it’s refreshing to encounter a dance-pop singer willing to give it to her audience straight, unadorned, and honest. When Harper Starling says she cannot tell a lie, she’s not lying — and the video for the single is her best proof. The clip begins with a bleary shot of a bartender threatening to cut her off or pitch her out of the club. It closes with Harper Starling waking up after her bender, in bed, fully clothed and alone, with an expression of mild disbelief about the things that she’s been through. In between are copious liquor shots, outrageous flirtations and unanswered texts, untoward activities in bars, and plenty of phone calls to sympathetic friends. It’s unexpurgated and unashamed, and by now, we know that if it’s Harper Starling’s name on the record, we should never expect anything less.