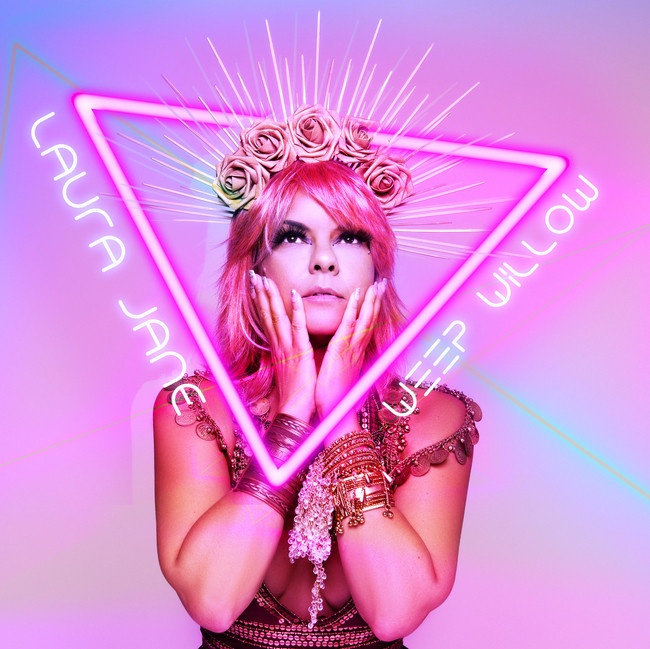 Written & Recorded From Her Home Studio During The Pandemic, Weep Willow Unearths A More Introspective, Soulful Side To The Dynamic Artist

Known for her high-energy stage performances and best-selling recordings with such A-list stars as Enrique Iglesias, Joe Cocker, Aerosmith, Carrie Underwood, The Black Eyed Peas, Fantastic Negrito and more, as well as her own hit catalogue, international signing sensation Laura Jane has announced the release of what many are hailing as her most personal and deeply-poignant album to-date. Weep Willow, which features seven new songs written and recorded from her home studio in LA during the Pandemic, is available now on all DSPs.

According to Jane, the “stillness and luxury of time” allowed her to go deeper into her writing process and craft songs that were reminiscent of the fear, uncertainty, and loneliness that she, and everyone else, was feeling. It also afforded her the opportunity to take on the project almost entirely on her own – serving as the songwriter, engineer, and vocal producer. In fact, the only other person featured on the album is renowned Producer Teiji Malkine.

“The sound of this album is very different from my past projects. It is something I actually always wanted to,” she said. “One might think that it would sound bare but it actually reflects the truth of what was happening at the moment. I love the electronic vibe to the album and I had the time to go deeper with the lyrics. Because of the current state of the world, I was not writing about love or my boyfriend. I was writing about surviving spiritually. Weep Willow reflects that.”

To celebrate the release of Weep Willow, Jane unveiled the video for the title track. Directed by Mike Quain of Quain Photography, the video, according to Jane, depicts three characters – each a variation of herself as she journeyed through the Pandemic.

“I wanted to make the video for ‘Weep Willow’ as deep and introspective as the song and album itself,” said Jane. “The concept was to show the world three versions of me: me as I was before the Pandemic, the ‘warrior princess’ I felt I had to channel to survive the fear of 2020, and the ‘goddess/super hero,’ who I feel I have underneath it all. I think all women have that person deep down inside of them. I also wanted to incorporate the color purple throughout as it represents mourning as well as nobility and royalty.”

Weep Willow is Jane’s first EP release since her acclaimed 2012 album Everything Changes, which received rave reviews from fans and critics alike, including Soul Tracks who wrote “Theses tracks illuminate Jane’s ability to be a diverse and dynamic singer, creating a vocal wall of sound that is most appealing.”

Prior to that, Jones broke onto the scene with her solo debut To My Planet Boo, which was produced by three-time Grammy winner Xavier Dphreppaulezz (aka Fantastic Negrito).

In between albums, Jane tours with artists and is also a working singer in Los Angeles, CA for television and movie projects. In fact, she is currently wrapping up the Enrique Iglesias & Ricky Martin Fall Tour, which crisscrossed the U.S. in less than two months. When she’s not touring, Jane is overseeing her enterprise Jane Global Music Services, a full-service coaching, vocal production/contracting business, which she founded and serves as the CEO.