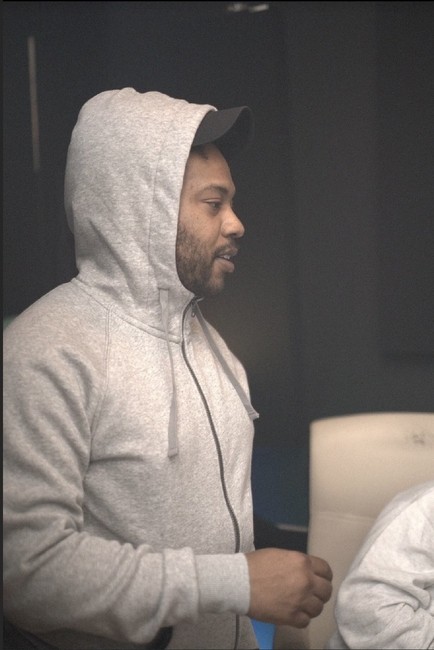 Few things are things as quintessentially New York as hardcore lyrical hip-hop. The MTA might be one of them. The New York subway has a distinct look and feel: one shot of those tiled pillars and that distinctive iconography, and you’ll know exactly what you’re looking at. Brooklyn rapper WHYYOUNGN shoots most of the video for “D A R L E N E” in a subway station, and he’s done that for a reason. He’s aligning himself with the city at its most elemental — its sinews, veins, and fundamental rhythms. He’s a representative of the city, and he’s making sure you know.

He’s also vigorously waving the flag for his borough. In “D A R L E N E,” he shouts out the Grand Army Plaza: a transportation nexus, the beating heart of Brooklyn, and the buckle that cinches the rougher neighborhoods south of Prospect Park to the wealthier enclaves to the north. WHYYOUNGN straddles all of those divides, and every time he rhymes, he reminds listeners of the fundamental unity of New York hip-hop and the long and storied tradition of the genre. “D A R L E N E” is a minute and forty seconds of tight, relentless, irresistible rhyme, matched to a spare but hard-hitting beat. Like a subway train, it rumbles by with force, authority, and no small amount of menace — and it’s gone before you know it, so catch it if you can.

“D A R L E N E” comes right on the heels of the incendiary “Hip-Hop Booty,” a summer single that earned WHYYOUNGN plenty of airplay on BET Jams, respect from his peers and the music press, and the deep appreciation of a New York rap audience that demands the best from emcees. The “Hip-Hop Booty” video caught WHYYOUNGN in action on the pavement outside the Barclays Center, comfortable and commanding, looking as much a part of the streetscape as the bodegas and traffic lights. For the new clip, he’s descended into the tunnels beneath the Grand Army Plaza, and he’s rapping under the fluorescent lights of one of Brooklyn’s most storied stations. He gives us the silver turnstiles, the black iron grates, the wooden seats, the MetroCard booths, the wall art, and the transit police hovering on the streets above the station. In one memorable shot, he stands in front of the subway map as if he’s part of it – as if he’s a piece of the city’s geography and history. And as a living link to the ongoing story of hip-hop in New York, that’s exactly what he is.