Placebo are today announcing news of their long-awaited 8th studio album. Nine years on from the release of their last outing Loud Like Love, Never Let Me Go is confirmed for release on 25th March 2022. Also announced today is a new track from the album, ‘Surrounded By Spies’, along with a 2022 headline UK / IE tour dates.

The Sun Cutter eponymous debut album is released on Feb 4th, 2022 on Bronzerat Records (Gemma Ray, Jon Spencer Blues Explosion, The Still). An animated video for the song ‘What Can I Do?’ is out now, made by Dutch artist Lotte Boots, also responsible for the artwork.

After the release of their first and self-titled EP in 2017 on Cold Smoke Records, followed by the LP ‘Discrete Transformation’ in 2019 on Division Records, the members of KØDE made the most of the pandemic’s limbo by locking themselves into their favorite basement to produce their new EP, “The Best We Can” available right now on Digital exclusive through Bandcamp.

Joseph Reuben has battled against the odds to commence his solo career. Just as he began to build traction with his soulful take on Robyn’s ‘Call Your Girlfriend’, he required emergency surgery which resulted in the devastating news that he may never sing again. Instead he channelled his talents into a successful vocation as a score composer for film, TV, theatre and ballet, earning significant acclaim including a feature in L’uomo Vogue’s cinema issue.

“Running” is the latest in a string of tracks from Pollena, the London-based artist unafraid to tackle escapism, addiction and coming of age in the shadow of the pandemic. Out via Team Talk Records, it chalks up another sparkling alt-electro anthem with relentless rhythm and lush vocals.

Steadily building his profile via a run of addictive genre-bending singles throughout 2021, emerging London artist Le Junk returns today with the new single ‘America’. It follows the recent releases ‘Sticky Side’ and ‘Bad Stuff’, which have seen Le Junk praised by key tastemaker titles including CLASH, The Line of Best Fit and 1883 Magazine.

Serving up an assertive banger, the duo trade a series of slick verses layered upon heavy bass kicks and eerie piano keys – whilst maintaining an impressive tempo throughout. Matched with a set of captivating visuals showcasing an array of special effects, “Different” acts as a timely reminder of the pair’s innate ability to deliver a fast-paced rap masterclass.

Austin,TX-based shoegaze favourites Letting Up Despite Great Faults are pleased to reveal their new single ‘Corners Pressed’ which is out now on all good digital service providers.

The new single is the latest track to be taken from the band’s forthcoming new album, IV, which is mastered by Simon Scott from Slowdive and set for release in 2022.

“The song lyrics reflect upon the various challenges faced by many in their various forms during the ongoing pandemic, alluding to it as a relationship with a girl called ‘Rona’ in the bridge. The accompanying video implies the blank lifestyle sterility of the conditions many have undergone, progressing to a celebration of the colour of life by the end.”

For lovers of Candlemass and Black Sabbath, the new video from Arkenstone, entitled “Tree of Witches,” reanimates souls of a million passed to deliver a skull crushing song of epic proportions – which is the second clip overall issued from their forthcoming EP (released on December 3, 2021), ‘Ascension of the Fallen,’ and can be viewed here:

END_OF_DOCUMENT_TOKEN_TO_BE_REPLACED 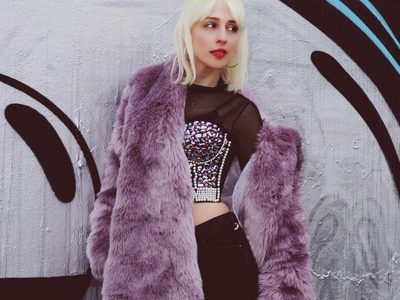