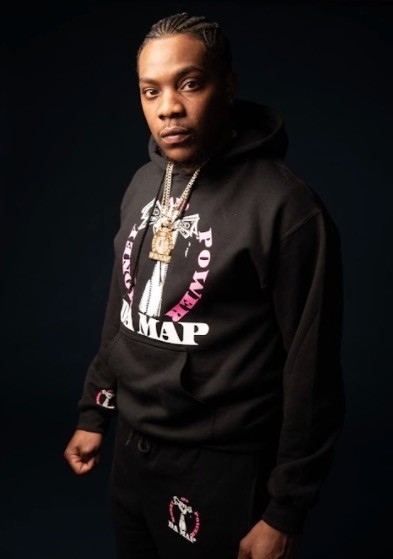 The influence of Michael Jackson on contemporary hip-hop isn’t discussed very much, but it’s a hard thing to overestimate. Jackson’s sense of melody and time, his cadences, his relationship to the beat, his knack for presentation, and his distinctive fashions: all of that has left an indelible impression on rappers, DJs, and producers. Tae Wall’s “Billie Jeane” is not a cover — it’s a series of hard rhymes, tight verses, and instantly memorable hooks of the rapper’s own invention. But the glittering spirit of Michael Jackson hovers over the entire song.

And in ways both subtle and overt, Tae Wall’s mesmerizing new track invokes Jackson’s game-changing 1982 hit. Billboard Hip-Hop said “His stage presence is filled with tremendous energy, excitement and stamina. He is a true master of ceremony.” The eight-note signature bass line that runs through the verses of Jackson’s “Billie Jean” is present here in a slightly modified but still recognizable shape. The music splits the difference between modern trap production and golden age ’80s R&B. Most of all, Wall slips into Jackson’s unforgettable melodic flow for a late stanza. When he does, the Cleveland, Ohio rapper sounds right at home.

The new track is a worthy successor to “Scholarship,” his thunderous summer ’21 collaboration with hip-hop legend Jadakiss. “Scholarship” was a demonstration of all of Tae Wall’s strengths — his scene-setting storytelling, his easy-going erudition, his wit, his unerring sense of drama, and his deep grounding in hip-hop history. It’s not surprising that an artist like that would be drawn to the work of Michael Jackson, and “Billie Jeane” makes good on all of his ambitions. It’s danceable, swaggering, a little menacing, irresistibly catchy, a little funky, simultaneously street-tough and pop-sweet. In other words, it’s just like Michael Jackson used to do it.

The mix of “Billie Jeane” shows that Tae Wall knows all about Michael Jackson’s music. The video for the song proves he understands just as much about Michael Jackson’s style. He appears in the clip with the angled, wide-brimmed fedora, the sequined jacket with the rhinestone armband, the crisp v-neck t-shirt, and, of course, the single glove. He doesn’t appear as Michael Jackson in all of the shots — just a strategic few, meant to underscore the themes of the song and its relationship with Jackson’s classic. Most of the time, he perches on the trunk of a sleek Camaro convertible with its top down, in a red bandana and rocking gold chains, delivering his energetic verses with absolute confidence.