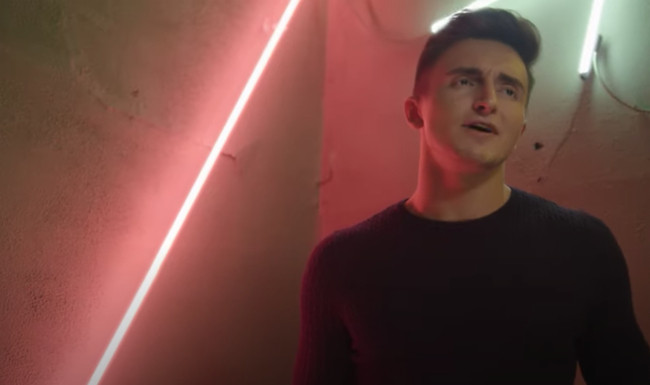 From humble beginnings in rural Nebraska, Anthony Sprunk grew up knowing he wanted to write songs & make music in a non-traditional way, which was unlocked for him one day by his parents who purchased him a his 1st computer with Garage Band on it and as they say the rest is history.

All throughout middle school and high school he found songwriting was his best way to cope with Life. While a majority of his classmates were dedicated to sports he found his ambition by writing and recording two 10 tracks albums by the time he was 15 years old. Anthony has attended Grammy Camp and NYU Summer Programs both to where he studied Music Technology. In the Fall of 2017 he became a city living farm boy and started school at Columbia College Chicago where he declared Audio Engineering as his major.

Anthony’s passion and hard work started to make quite the splash in the Chicago music scene. This caught the attention the World-renowned Georgie Porgie from the Music Plant Group. They have just finished recording his first single “Life Goes On.” The single along with his video is to be released in January of 2020. Georgie believes that Anthony is the “Real Deal! He is talented, hard working, kind and humble! He is poised to beome a Super Star!

In 2021 we will see Anthony take a big step on to an International Stage! Get ready World you are about to experience this bright light named Anthony Sprunk! A Star Is Born!