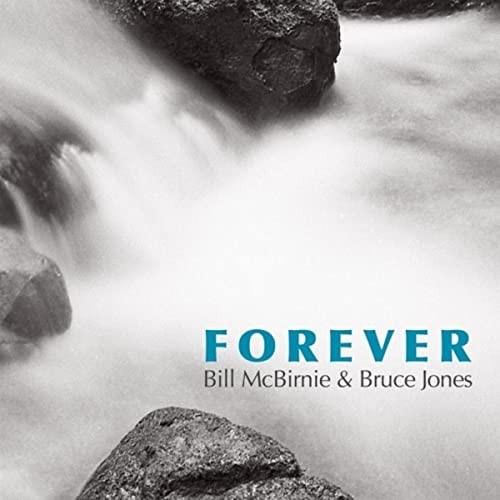 Flutist extraordinaire Bill McBirnie unveils a magical, whimsical sound topped off with the jazzy and samba-fused selections in the new album Forever. The songs are written by Bruce Jones and also feature Robin Latimer on electric bass guitar. At their core, these tracks are postcard glimpse of the diverse Brazilian culture. They are also entirely entertaining and the artistry comes alive. Lending more in the way of traditional samba, the seven tracks on Forever are each unique celebrations.

McBirnie, who is a jazz and Latin-influenced flutist based in Toronto, Ontario, Canada, brings a unique perspective to the Portuguese-influenced songs on Forever. The prolific McBirnie is held in high regard in the jazz and flute communities – is also a JUNO Award nominee. Jones, who sings on the final track of the album (“Full Moon Blue Wolf”), is also based in Toronto, but grew up in Sao Paulo. He led Toronto’s foremost Brazilian rhythm outfit, Cocada and later Da, both of which enjoyed large followings of music and dance aficionados and featured on the worldbeat and jazz festival circuits in Canada and Brazil, as well as in Cape Verde and Argentina. In Toronto in the late 1980s and throughout the 1990s, Jones’ bands were featured at numerous festivals; Jones’ samba school outfit GRES Unidos do Canada won Best Traditional Ensemble for seven years running.

As daunting as that sounds, the songs on Forever are completely approachable and have an instant rapport. My favorites include “Criole Blessing”, the opening number that has a bit of a party-flavor with its rumbling percussion and bouncy flute. It’s doused with a generous mix of synergy and instincts. In other words, these artists have a feel for where the sound should be and the notes just fly off the page into the listener’s soul.

“This Passion” wrapped itself around me. I felt transfixed by the hip-moving rhythms, as well as the mellow flute. McBirnie lofts the instrument up into the air, only to have the listener catch it as if they were in some sort of hammock, swaying back and forth at a sandy, white beach. It’s almost as if the listener is sighing out loud, humming along to the clear-sounding flute.

In “Dreams And Light” the listener is immersed into the sound of New Year’s day. It’s the vibe of ‘beginning again’. The flute whispers throughout, hovering over like a woodsy canopy over the tropical musical bedrock. There’s so much to love about this song, and the way the fire embers sizzle into the final track. “Dreams And Light” had me pause and feel almost sentimental. Maybe the better description would be centered – “Dreams And Light” galvanized my senses.

I have to give a special nod to the title track. “Forever” is excellent and I debated over and over putting it in my top three contenders. I really enjoyed the flow of the song, and its subdued beauty. I think this song took on some different liberties with tones and tempo and it paid off nicely. McBirnie, Jones and Latimer have an undeniable chemistry.