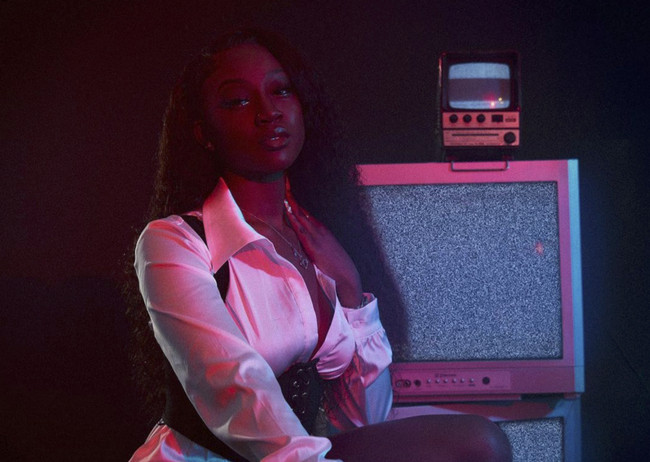 Hot new R&b/Pop artist bringing an creative style and amazing vibes . Stay connected with me on all platforms @iamlalawright

An original soul, rising artist Lala Wright has quickly found her footing with the pop and R&B genre. “I believe I think distinctly and like no other, which is something that I find to be very beneficial when writing.” As a pop and R&B artist, Lala brings her singing, dancing, and stage presence to the table, giving her a unique edge in the music industry.

Most people have the potential to utilize their talents and skills, but sometimes they are hesitant to exercise their gifts. Occasionally, it would take someone else to push them towards using their gifts to realize what they can do. This was the case for Jayla Wright, who decided to use her singing talent to pursue a career in the music industry under the stage name Lala Wright.

Born and raised in Broward County, Florida, Jayla Wright would grow up in a musically-inclined background. She participated in the church, singing and dancing and making sure she never missed a Sunday. However, as she grew older, Jayla started to feel the pressure of performing, and it eventually took a toll on her, pushing her away from singing. Despite her decision to stop singing, Jayla would continue to dance.

Throughout elementary, middle, and high school, Jayla attended every performing arts school in Broward County, polishing her dancing skills. “Ballet, hip-hop, and contemporary (dance) were all my strong points, but I found a huge love for being a majorette for the band,” she revealed. The love she had brought a great experience that was rekindled in high school when Jayla joined in high school, leading to an adventure in baton twirling and competing in many competitions.

One day, Jayla decided to join her friends in an event with a talent show where they were slated to perform. “I was slightly nervous,” she revealed, “But when I started to sing, everything that I enjoyed the most came back to me.” After standing on stage, Jayla met someone who told her that he was highly interested in working with her, telling the performer he had the greatest faith that she was a star.

Upon meeting the manager, he told Jayla that he saw the potential that she always dismissed. Their meeting allowed her to step into a studio and perform in front of a microphone after years away. Jayla would then stand on stage again, this time to sing instead of dance. “I was very hesitant, but I knew that I had multiple talents that the world would love to see and hear as much as I would like to offer,” Jayla shared, “Everything was new to me, and I actually enjoyed learning everything about the studio, performing, and much more.”

Since then, Jayla has taken on the stage name Lala Wright. Shifting her focus to pursue a career as an artist, Lala has been projecting her creativity into music and her clothing designs. An original soul, the rising artist has quickly found her footing with the pop and R&B genre. “I believe I think distinctly and like no other, which is something that I find to be very beneficial when writing.” As a pop and R&B artist, Lala brings her singing, dancing, and stage presence to the table, giving her a unique edge in the music industry.

Although Lala Wright has just started as an artist, she foresees her career taking to the big stage, performing in front of thousands and providing a comforting sound to let others know that anything they go through, from love to heartbreak, she will be able to relate. Additionally, Lala hopes to expand her genre of music.

“I see myself being a helping hand to everyone around me and being an inspiration to not only my siblings but every young girl in my town that is shooting for the same star I am trying to get to.”