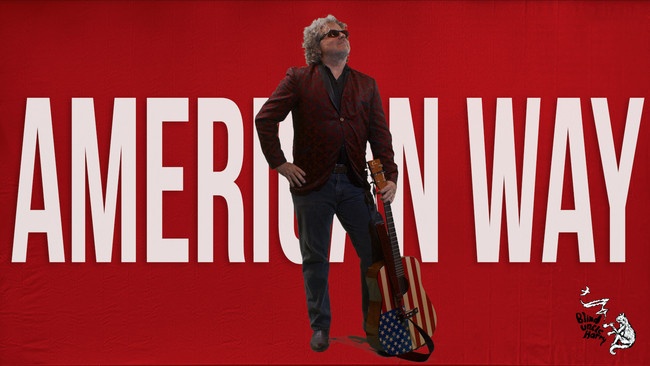 Blind Uncle Harry’s unique brand of ‘hillbilly hippie shreddin’ folk rock’ just keeps getting better and better of late. His latest single ‘American Way’ is an effortless evolution of his folk-infused sound. This single comes off the back of his previous release ‘Song For Kori’ — a delicate depiction of an unjust and broken system and its harrowing consequences. Blind Uncle Harry is staying true to his authentic artistry with ‘American Way’ as he continues to boldly state his astute observations of the world around him. Yet, In good old Blind Uncle Harry fashion, he does so with a completely catchy hook, vibrant guitar licks and infectious energy.

‘American Way’ feels, well to be frank, truly American. From the slick guitar solo episodes to the classic country drum line, ‘American Way’ oozes a bluesy country flair. Over a steady soundscape, Blind Uncle Harry laments over the hypocritical and exploitative nature of the American way of life. The thick blanket of sarcasm makes lines such as “don’t you worry baby it’ll be okay… don’t you worry it’s the American way” all the more fun to belt along with. Blind Uncle Harry has the most astounding ability to pen songs that’ll have you moving and shaking whilst questioning the structures that surround you. His discography is by far the most intriguing I’ve seen in a while. Whilst with ‘Song For Kori’ you had to listen deeply to hear the societal truths, ‘American Way’ is an out and proud critique of western ways of the world — by nature it’s an absolute anthem. His vocals hold unwavering confidence, slightly edging this song the realms of a call to arms. His refreshingly raw and natural vocal lines allow you to truly take in the message of the track, whilst learning just why Blind Uncle Harry is such a beloved country artist storming the scene right now. With his unique “hippie shreddin’ folk-rock” Blind Uncle Harry is making life all the more fun as he scores our daily soundtracks. Even if, as he says in this latest single, that “living a life is the price you pay”.

Watch The Music Video for ‘American Way on YOUTUBE NOW