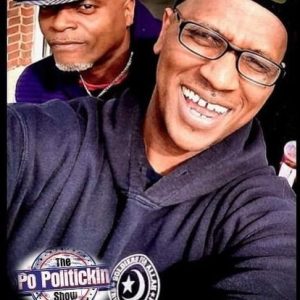 Finding a fresh take on defined genres such as hip-hop is hard to come by, but Black Dawn has nestled their way into Chill-Hop, an eclectic blend of rap and vibrant beats changing up the music scene. The sibling duo, Michael “Apacolips” Muhammad and Thomas “2Slick” Lea, have been making their own spin on music for over three decades now. From distributing CDs from the trunk of their car to making themselves known in the DMV, Black Dawn is here to make their voices heard. The duo has performed at prestigious venues, including The Lincoln Theater, Arena Stage, and The D.C. Convention Center, to propel their names amongst the masses. With “Steppers Party BD Slide,” the brothers are trying something radically different with a song and dance combo.

Part of what makes Black Dawn so exciting to watch is how well the duo merges together to create music. Though Michael and Thomas both have individualistic styles: Michael dons a military demeanor while Thomas is more free-spirited, and the brothers find a balance of the two through music. This is evident through the “Steppers Party BD Slide” music video as we see the stark contrast in personalities in action. The song is easy on the ears with vibey verses and a catchy hook paired with a fun video of people performing the dance routine. This is one of those summertime tracks that you can picture hearing at every party, cookout, and gathering. The video is also the premiere of the “BD Slide” that is sure to become the next big dance craze.