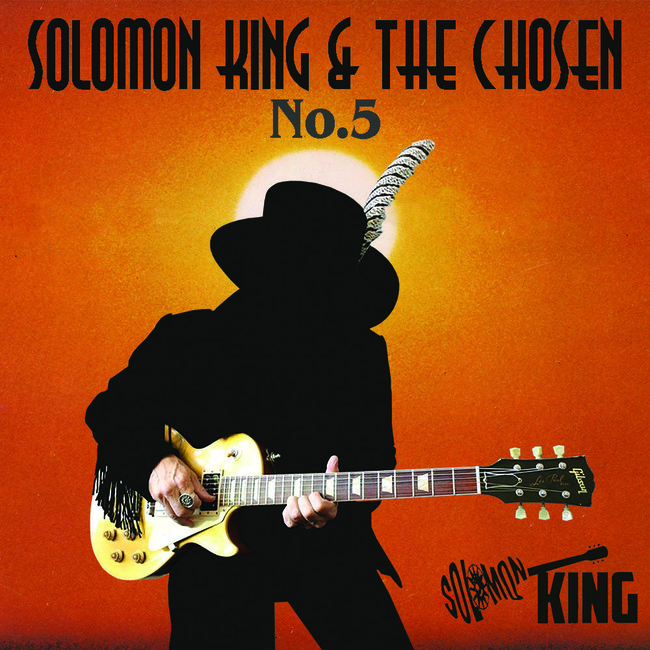 Solomon King, leader of The Chosen, is a bit of a complicated musician. The No. 5 album includes a wide variety of styles, and King just will not be pinned down to just any one. The nine-song album concludes with “Xena’s Blues,” a blues work, but there is so much more than just the blues played on this one. With that said, though, King pretty much sings the blues, no matter what style he’s actually playing.

The album’s most intriguing track is one called “City of Angeles.” King speaks its lyrics over a horn-driven instrumental version of “Tequila.” The rambling, seemingly stream of conscience lyric, describes the complicated woman that is Los Angeles. L.A. is both all things and no things to all people, all at the same time. It’s a city that has never completely been described in any succinct way. It is both the paradise of the Beach Boys, and the place you can check out of, but never leave, as described by the Eagles’ “Hotel California.” King doesn’t try to summarize Los Angeles, as he knows that’s impossible, so he just gives us a scattered overview, which is really the best anyone can do.

King salutes another city with “Motor City,” which finds the singer/songwriter describing Detroit. It’s a driving rock song, colored by soulful organ and a honking horn section. Although he, of course, mentions Motown Records, the style of this song is not Motown. Instead, it sounds a little like a Memphis musical salute to Detroit.

The album is bookended by the blues, as it opens with the acoustic-ish drinking song blues of “Drinkin’ This Whiskey.” Unlike many of the songs that come after it, this opener is relatively stripped down, with little more than King’s voice and guitar. The song is about a painful relationship, where whiskey drinking only makes things between the two worse.

“Sunset and Mars” is a horse of an entirely different color, as it’s sung and played over a thumping beat, augmented by gypsy blues sounds. It’s uncomfortably otherworldly. Death rears its ugly head now and again on the album, no more overtly than on “Ashes and Dust.”

Although there’s plenty of guitar music on the project, it’s a relatively quiet piece of work. King sounds to be in more of a thoughtful and reflective mood throughout, rather than in a spirit to rave things up. One called “Devil’s Candy” is one of the album’s more aggressive moments, nicely accented with harmonica. Devil’s candy is one creative way to describe temptation. This girl isn’t the devil, but she sure is the devil’s candy. More than just your dentist will try and sway you away from this stuff.

Solomon King & The Chosen’s style follows a long line of American traditional music. One hears both the sounds of city life and the swamp contained within. King stands far outside of contemporary pop music, drawing upon inspirations nearly as old as the United States themselves. He’s like a lone bluesman that’s never been able to completely escape the blues. He may comment on contemporary culture, but his feelings are always seen through the lens of traditional blues. He didn’t choose this path; he was chosen by it.