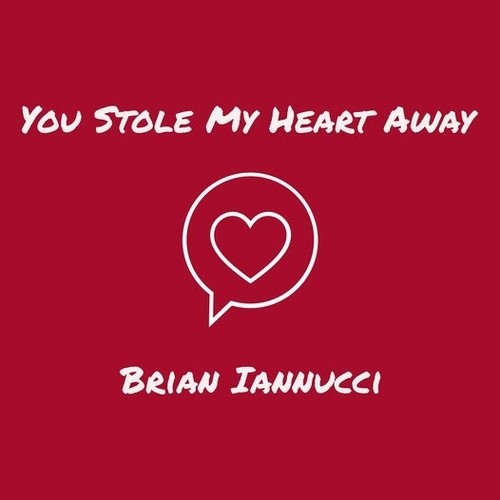 Isn’t funny how stealing is universally undesirable unless it involves the stealing of a heart? Brian Iannucci’s single, “You Stole My Heart Away” is all about such loving thievery. However, nobody tells their young children, ‘Thou shall not steal, unless it’s a lover’s heart.’ It’s strange how language works. Iannucci’s single, however has nothing to do with linguistics. Rather, it’s a straight out love song.

Iannucci sings this ultra-romantic song over a piano backing. The influential name that comes immediately to mind while listening to Iannucci singing his love words is Barry Manilow. Manilow in the Seventies gave us unbridled romance with songs like “Mandy” and “Looks Like We Made It.” Every teenage girl thought Manilow was singing about her relationship with her guy. Of course, he eventually came out as gay, which put that whole theory to rest. Even so, though, Manilow was the go-to guy for lovey dove-y songs for a good while there. He made honesty and vulnerability hip for a minute, that’s for sure. Rock guys were (and are) much more about, you know, getting it on. Rock has always been an outlet to express sexual desire and/or frustration. It took guys like Manilow to carry on the tradition of romantic love songs.

“You Stole My Heart Away” is taken from Iannucci’s Kiss You For The Rest Of My Life album, which is, itself, an extremely romantic title. Iannucci explains at the song’s beginning how sometimes you win by falling – by falling in love, that is. This relationship, as Iannucci tells us about it, is one where he just seemed to fall into it. He wasn’t looking for it; it’s almost as though love was looking for him, instead. It’s also a love like he’s never experienced before. He tells us he never knew love could feel this way. It’s the sort of love where a guy can say, without any hesitation, she’s the one.

He uses familiar natural elements to express just how much this love means to him. He compares her to his sun. That’s she’s the light of his life. He can’t live, to paraphrase another famous love song, if living is without her. Also, this falling in love is a continuous activity, as he admits to non-stop falling since he met this girl.

Vocally, Iannucci sings with a gently smooth voice. He has a pleasantly emotive vocal style. With such a sparse arrangement, it’s a good thing Iannucci has excellent pitch. If he hadn’t, we’d know it right away.

This is the kind of song one can easily imagine being sung at weddings. Weddings are the ultimate events for romantic couples, or at least they oughta be. One gets the impression this song is not just another exercise in songwriting styles for Iannucci. Instead, one imagines it’s based upon real life events in Iannucci’s life. If you haven’t experienced a whole lot of romance in your life, “You Stole My Heart Away” might not move you or ring true. But if you’ve been there, as Brian Iannucci apparently has, you will relate to exactly how he feels. At the end of the day, relatability is what makes good songs (like this one) so good.