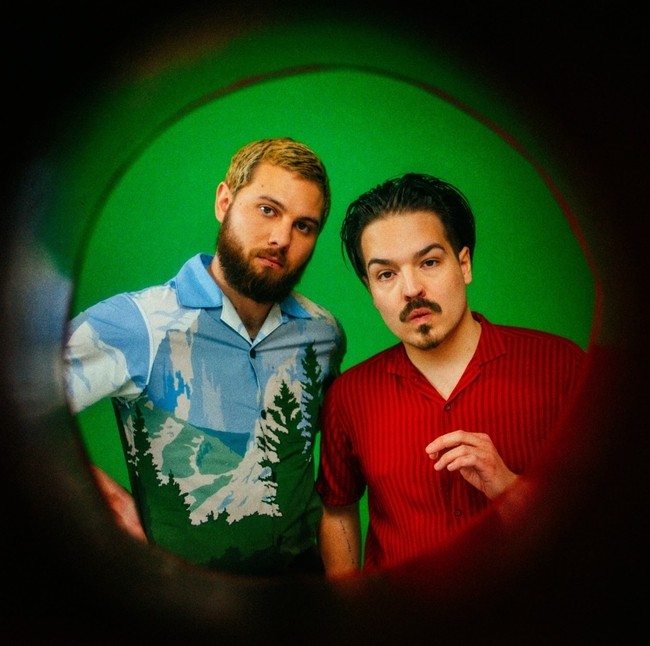 If you were going to design the perfect indie-pop song for the moment — the one that captures the sound and feel of contemporary music while still pushing it forward — what would it be like? You’d make sure it was groovy: you’d want it to have an elastic bassline and a springy, danceable beat, and you’d decorate it with a synthesizer and scratchy new wave guitar. You’d bait a shiny melodic hook and craft a catchy chorus with an uplifting message about perseverance in tough times. Most of all, you’d pitch it right between genres and make it wonderfully unclassifiable, but still accessible to everybody.

Milky Chance has done all of that. “Colorado,” their latest single, is a cool, exquisitely balanced, and extraordinarily timely single — state-of-the-art indie pop for adventurous listeners. It’s electronic but never clinical, optimistic but never doe-eyed, wry, smart, and humorous, impeccably performed, and instantly memorable. It’s sheer excellence in three minutes and proof positive that a band and a recording can be chill, colorful, and intense at the same time.

“Colorado” continues a winning streak for Milky Chance that began with Sadnecessary, the group’s 2013 debut. The album, which remains a cornerstone of folktronica and indie pop, charted in eleven countries, including the United States, the UK, and the group’s native Germany. Since the chart-topping, multi-platinum “Stolen Dance” established Milky Chance as one of the most ingratiating bands in the world, they’ve scored again with the irresistible “Cocoon,” collaborated with Jack Johnson and Tash Sultana, performed at Coachella, and taken home Echo and European Border Breakers Awards. Milky Chance is probably incapable of recording a song that isn’t an earworm, but we think you’ll agree that they’ve never been more immediate, more appealing, or more themselves than they are on “Colorado.”

That distinctive personality is carried over into the wonderfully weird, unnerving, subtly funny “Colorado” clip. Vincent Sylvain’s camera catches the band at a visibly striking but faded hotel: from the ornate wall-to-wall carpet to the earth-tone drapes, everything about the set suggests the late ’70s. Sometimes, the musicians are the employees, and sometimes they’re guests engaged in strange, questionable, and hallucinatory practices. Everything is a little quirky, and a little off, and much more than a little fascinating. Cigarette cases conceal French fries, the jello at the buffet contains some bizarre objects, a big burger has a pentagram on its bun, and listeners at the lounge stand way too close to the band as they play. Inevitably, the members of Milky Chance retreat to the comfort of room 420 and, surrounded by towels folded in the shape of swans, strum, sing, and fall into a trance.