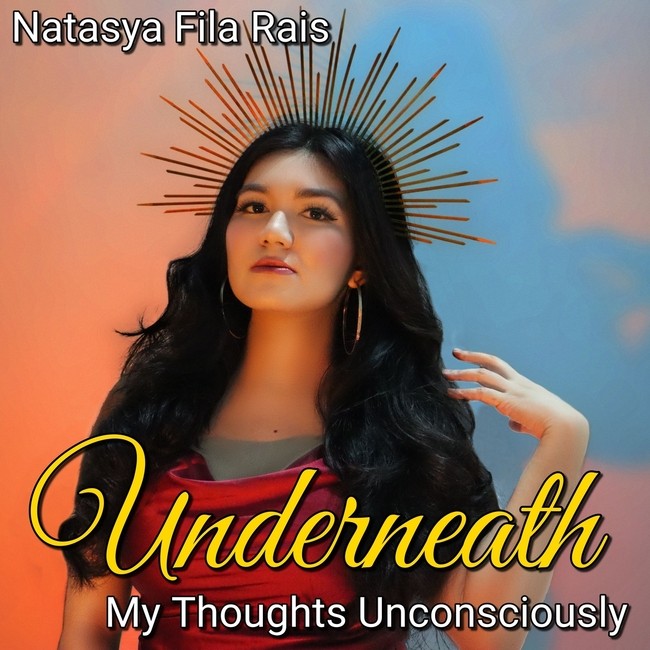 Natasya Fila Rais, a singer-songwriter and rapper from Jakarta, Indonesia, recently released her debut single titled Underneath My Thoughts Unconsciously on August 20, 2021. It is an Electronic Dance Music (EDM) song with a touch of Pop music. While writing the song, Natasya was inspired by hits song around 2016 and 2017, where the songs were well-known for their heavy EDM influences and commonly used beat drop formula, similarly resembling a subgenre of electronic music, trap. The song is also trying to capture the feeling of nostalgia, where there has been a wave of social media posts that long for mid-2010s music, especially on Tiktok and Twitter. Most of the uploaders are young adults, who grew up enjoying hit songs from 2016 and 2017.

Underneath My Thoughts Unconsciously was created 4 years before its release in 2017. The song describes a situation where a romantic relationship has ended, as told through first person point of view delivered by the singer, where the ex-boyfriend in the doomed relationship constantly comes back in dreams. The song is wrapped in a form of conversation, where the singer begs not to be visited again. The storyline conveyed in the song seems simple, however its relatability is the key point and attraction, where many can relate to stories about not desiring old flames coming back to our new lives. The upbeat music in Underneath My Thoughts Unconsciously is a unique contradiction presented in the gloomy-themed song.

Natasya Fila Rais is not new when it comes to being in the entertainment industry. At the age of 5, she became a child actress and played on about 40 television shows on Indonesian channels. She starred on Indonesian version of St. Dupont commercial and DJ Stroo’s People Power music video. Natasya also collaborated with DJ Stroo on the song This Feeling, where she sings, raps and writes the English version lyrics and the rap part. Natasya has released several books, such as novels titled Ephemerae and Acabella, and a poetry anthology titled 7 Lives Ago. Natasya currently uploads song covers regularly on her YouTube channel.