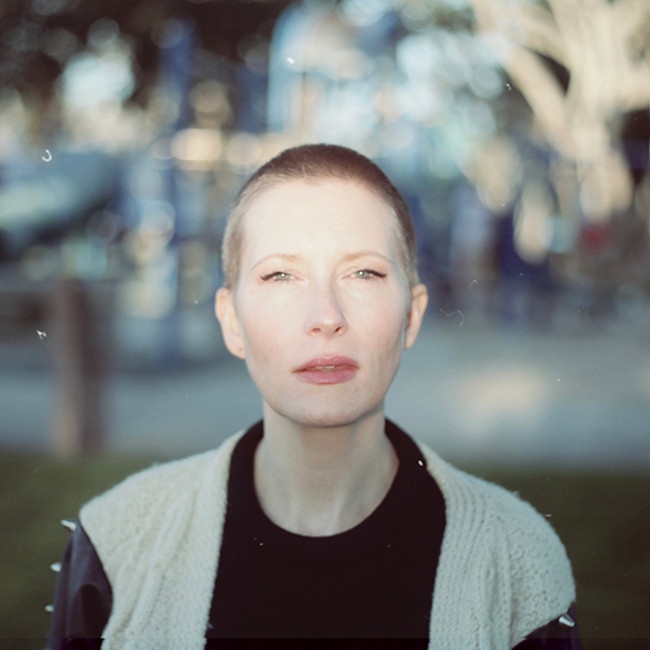 Molly Jenson is the up and coming electro-pop artist expanding on a canon of strong female forces dominating the synth-pop landscape right now. The Southern Californian singer/songwriter has released her second album since her 2009 ‘Maybe Tomorrow’. Steering towards a more synth-soaked sound, Molly reached new heights with her recently released album ‘Goodbye’.

‘Goodbye’ as an album is a goldmine of electro-pop excellence. Molly Jenson has an innate flair for crafting the most mesmerising melodies. The title track ‘Goodbye’ that kicks off the album is the epitome of this stunning songwriting. Showing her softer tone, she sails over the synth landscape below. The hook of ‘Goodbye’ is borderline hypnotic. What strikes me most on first inspection of this body of work is the expertly crafted sound worlds that make up each track. Rooted in the realms of electro-pop, each of the ten tracks transports you to a whole new sonic universe. ‘You Think You Were the Only One’ is another standout. Molly Jenson picks up the pace with the four to the flour drums and bouncing bassline that fuels this fast-paced track. It’s hard to believe that ‘I Want To Hate You’ sits so perfectly on the same album as such a dance hit. Yet, it does — and it works. It’s Molly Jenson’s own powerful performance presence that creates the captivating cohesiveness that flows throughout the album. ‘I Want To Hate You’ is a tug at your heartstrings, cry-singalong type of track. It has the impact and clarity of a song that would not only score your heartbreak but transport you right back to that moment with each listen. Molly Jenson’s vocals stand front and centre throughout as she effortlessly toes the line between strength and sorrow. It’s in the intimate that I fall in love with this track the most. ‘I Will Be Okay’ concludes this bewitching body of work with the most hypnotically honest lyrics I’ve come across in a while. Molly’s vulnerability is breathtaking and through it, Molly offers up an anthem of hope for those who will undeniably relate to her honest lyrics. This seems to be a prevalent theme of ‘Goodbye’ as Molly Jenson describes this album as a “collection of songs that challenge all of us to say “goodbye” to the things and relationships that no longer serve us”. Whilst we listen and let go, without a doubt Molly Jenson’s recent album “Goodbye” will be something I’ll be tightly holding onto this year.