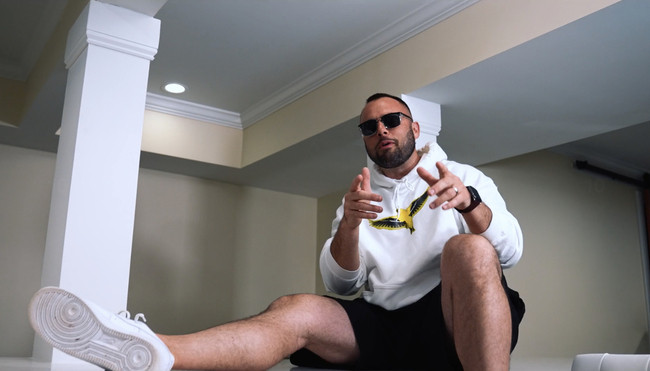 Just as in every genre and style of music, there are overnight successes in hip-hop. But in general, rap music does not accommodate neophytes or half-steppers. It’s a style built for those who take it seriously — those willing to struggle to make their voices heard. Many of the biggest rap stars were on the grind for years before they became world-famous. They just don’t like to emphasize that part of the tale.

daFinchi is a little different. He’s always been remarkably candid about his story and the specific nature of his grind. The Bridgeport, CT native has never tried to disguise the fact that he’s also a personal injury lawyer or the challenges he’s faced while trying to balance his artistic ambitions with his juridical ones. He only wants you to know that he’s as tenacious on behalf of his clients as he is on the microphone. Whatever he’s doing, he’s putting all of his heart and muscle into it.

If you don’t believe that, have a listen to “Seeds.” In two emotional verses, daFinchi lays out his life story: his upbringing, his family, his love of hip-hop and his pursuit of rap mastery, his twin careers, his sacrifices, his self-assurance, his fundamental optimism about the path he’s chosen to follow. His is a journey that has taken him to country clubs, suburban lawns, courtrooms, city streets, corporate boardrooms, and sound studios, and he’s not close to the finish line yet. He’s assisted in his storytelling by New Haven R&B singer Janay Saxon, who has also had plenty to say about hip-hop culture in Connecticut — a much more complicated place than its reputation and one that’s often misunderstood by outsiders.

And since this is a rap song, it wouldn’t be complete without some good old-fashioned boasting. In his many years in the industry — and as the host of the independent talk show Live with Pete Finch — daFinchi has crossed paths with many of the greats. On “Seeds,” he’s naming them. T-Pain backstage, Nipsey Hussle on the rooftops, sage advice from Nas: he’s surrounded himself with the best, learned from them, and honors their struggle as he raps about his own. The “Seeds” video is replete with old pictures and footage of daFinchi alongside rap legends, sometimes talking, sometimes chilling, but always looking comfortable and confident in the presence of royalty. In the rest of the clip, he and Janay Saxon enjoy a different kind of opulence — a sunny Connecticut garden at the height of summer, decorated with flowerbeds and vines.