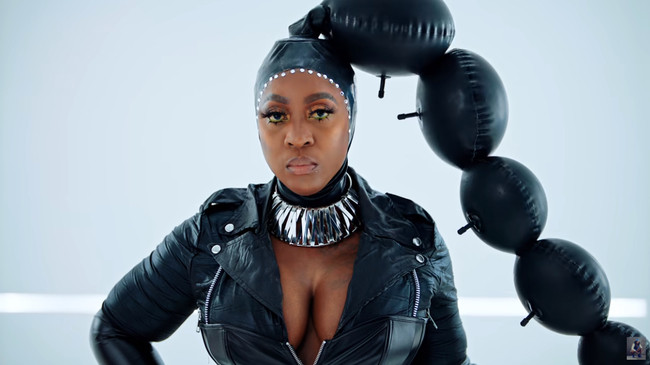 Spice, Queen of Dancehall goes galactic with her new music video for “Send It Up.” The music video was shot at famed Industrial Light & Magic Studio(ILM) in Florida.

Making its debut on Spice’s YouTube channel, the Jay Will directed music video takes fans to planet Zariah where Spice is tasked to save the future of the galaxy as there are only ten men left in the universe. Spice accepts the challenge, and alongside her dancers, finds 10 men to complete her task.

“Send It Up” is the third single from Spice’s album 10. The music video was shot in entirety at the George Lucas founded Industrial Light & Magic Studio. The stunning imagery augments reality, making Spice’s fans feel they are with her in outer space. ILM is the leading effects facility in the world with studios located in San Francisco, Vancouver, London and Sydney. ILM has created visual effects for more than 350 feature films including Star Wars, Pirates of the Caribbean and Transformers.

Since its debut on YouTube, the song has been streamed 597K times. About the song Spice says “sup’m bout that song yah, once it starts playing, I just want to get up and wine. It makes me just wanna bruck out—the riddim, the beat. You haffi sen it all the way up.”