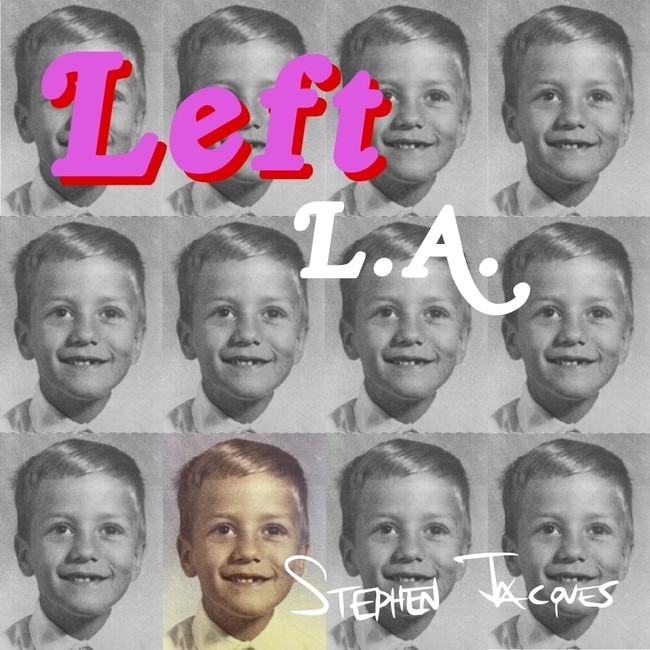 Stephen Jacques is really on a roll this year. The singer-songwriter’s unique brand of folk-meets-rock continues to reach new heights in his latest string of singles. His sound is refreshingly raw and overflows with undeniable authenticity; as an artist, Stephen Jacques is completely himself, and we can’t get enough. Stephen Jacques is known for writing effortlessly poetic lyricism and pairing it with musical magic. His latest single ‘Left L.A.’ is exactly that.

‘Left L.A.’ may have an easy going air that radiates the laissez-faire lifestyle of L.A., yet at its heart, this track holds a meaningful message. Stephen Jacques explores the epidemic of brainwashed people living in line with a society consumed by appearance, status and the next best thing. Whilst he tells a tale of a love that let him down with this lifestyle, ‘Left L.A.’ is a refreshingly real take on the world we’re all living in right now. Stephen Jacques’ vocals are outstanding throughout. He boasts a uniquely raw tone, so it’s not hard to hear that he means what he sings. His captivating casualness lends itself to the steady soundscape below. There’s a sweet simplicity swimming throughout the accompaniment, this artist doesn’t need fancy frills to force a hit. His artistry is too natural for that. The marching onward feel of the driving drum line and the guitar’s steady strums provide a pulse that you can’t help but tap your toe to. It also mirrors the relentless pace of society you can’t escape that Stephen explores so eloquently in ‘Left L.A.’. Vibrant organ chords and dynamic drum breaks burst through, bringing moments of utter excitement and release. Perhaps even reflecting the moment Stephen broke free from the lifestyle around him. ‘Left L.A.’ holds some mesmerising melodies. The breakdown is a beautiful melodic moment as the atmospheric section swims through your headphones. But we can’t expect anything less from this sensational artist. ‘Left L.A.’ is an exciting addition to Stephen’s discography and with his upcoming album ‘Soul Hydraulics’ hitting our airwaves on September 3rd, it’s setting out to be an exciting year for our new favourite singer-songwriter.

Watch The Music Video for ‘Left L.A.’ on YOUTUBE NOW