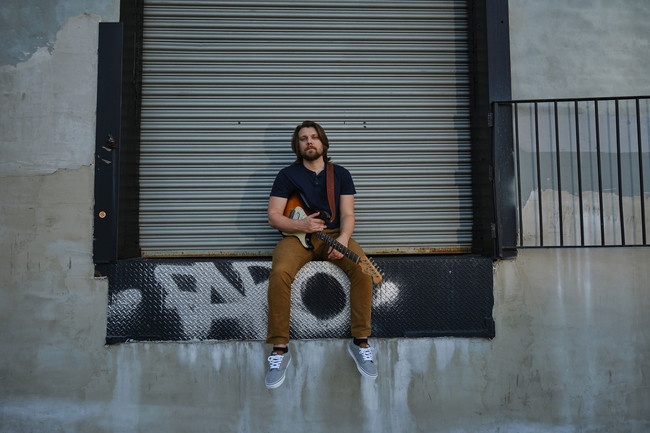 Singer/songwriter, guitarist, and New Yorker Mike Fuller spent much of the pandemic like many of us– floating in existential dread, contemplating life and his future. With so many songs written, he now had the time and felt the drive to bring them to life on record. He found a theme in three of his songs: chaotic love stories which filled a decade of his life.

The first of this trio, to be featured on his forthcoming album, “The Missed Connection EP,” is “Ms. Wrong”–the lady he knew wasn’t right for him but couldn’t resist. Fuller recorded Ms. Wrong at his home studio in Brooklyn with Jordan Rose (Theo Katzman, Caleb Hawley, Cory Wong) on drums and percussion and Andy Hess (The Black Crowes, Gov’t Mule) on bass. “Andy and Jordan brought this song to a level I never imagined it might go,” Fuller said.

“We’ve all heard stories about trying to find Mr. Right, or Mrs. Right, or whatever it is that you’re after, but I feel like there aren’t as many examples of people going after something they acknowledge isn’t right for them and doing it anyway,” Fuller noted. “Whether it’s a person you feel you’re incompatible with, or a job you know you’ll hate but offers a nice paycheck, or even just that extra plate of food on Thanksgiving after you’ve already loosened your belt a couple notches. We all do it. I wanted to write a song that represented that feeling in a pretty literal way.”