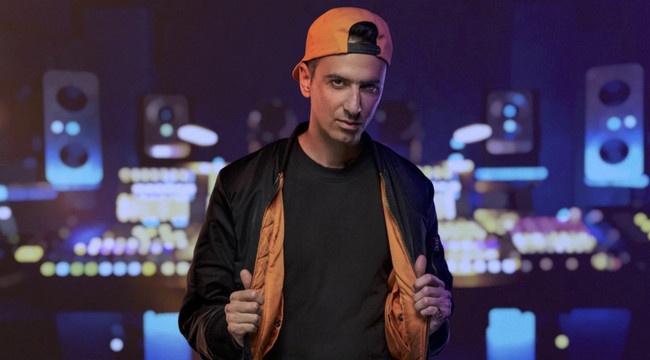 The Berlin-based artist, DJ and producer BOYS NOIZE (Alex Ridha) announces the release “Nude” via his imprint BoysNoize Records. BOYS NOIZE’s tear-out run of collaborative singles will continue with (+)side “Nude”, this time partnering up with Estonian avant-gardist TOMMY CASH.

Boys Noize says of the new Tommy Cash collaboration, “This song is the epic result of the moments Tommy and I had together in my studio in Berlin raving till the sun came up, alternating between those opposite musical forces that drive rushes of energy: soaring melodicism and hard, atonal percussion. Catching that rare moment of Tommy singing softly is a personal highlight. “Nude” is an expression of our 2020 utopian dreams, everyone raving naked and free together in a time of social distance.”

BOYS NOIZE (Alex Ridha) builds worlds, then builds bridges between them. Propelled by an infatuation with sonic invention, Ridha has developed a peerless sound that transcends all categories. Embraced by the underground and adored on the main stage, the nonconformist German-Iraqi artist, DJ, producer and subcultural oracle has forged a distinctive path through the world of electronic music, all on his own terms.

Crisscrossing the globe with masterfully anarchic performances at major festivals like Coachella and Glastonbury, he still plays annually at techno mecca Berghain. Few other artists have achieved Ridha’s level of success while still maintaining such critical respect. The new decade kicked off with a bang for BOYS NOIZE with a 2020 GRAMMY nomination for “Midnight Hour” alongside Skrillex and Ty Dolla $ign and a 2021 GRAMMY win for Lady Gaga “Rain On Me ft. Ariana Grande”. The success builds on years of momentum, ranging from productions for Frank Ocean, A$AP Rocky, and Mark Ronson to collaborations with Bon Iver, Chance The Rapper, Snoop Dogg, Rico Nasty, Tommy Cash, and Francis and the Lights. Ridha’s multifaceted output also includes remixes for Daft Punk, Depeche Mode, Rammstein, N.E.R.D, and David Lynch, the soundtrack for Oliver Stone’s movie Snowden, and the first musical release from designer Virgil Abloh, accompanied by the OFF-WHITE x BOYS NOIZE’s MAYDAY clothing capsule collection.

Whether composing and performing live as OCTAVE MINDS with piano maestro Chilly Gonzales, crafting club hits with Skrillex as DOG BLOOD, or DJing under his house pseudonym ELAX, BOYS NOIZE is constantly developing new forms of expression, fueled by a creativity that knows no boundaries.

A commitment to that boundless creativity is also what drove Ridhato start his own label, where he could retain full artistic control over his work and create music beyond genre pigeonholes. Originally created for BOYS NOIZE releases, Boysnoize Records (BNR) quickly evolved into a playground for discovering and cultivating new talent. Now in its 15thyear of operations, the Berlin-based “non-conformist DIY anarchist collective” (Dazed & Confused) is home to an exceptional and diverse roster of future-facing artists including SCNTST, Djedjotronic, Peaches, NAEEM, Jensen Interceptor, Cardopusher, and Dave Clarke. Its releases include BOYS NOIZE’s ground-breaking debut album Oi Oi Oi, along with studio albums Power, Out Of The Black and MAYDAY as well as the analogue-sessions series