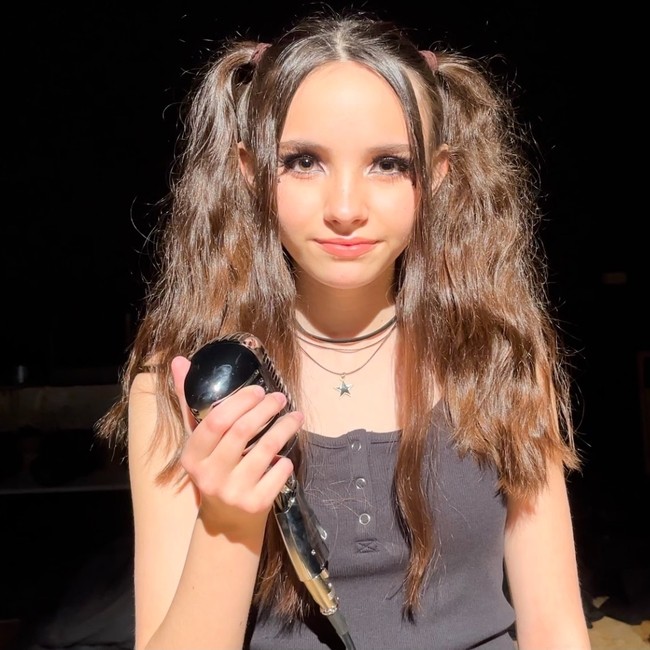 Jojo Engelbert was born in the spotlight. From early childhood, she was surrounded by popular entertainers — her brothers and sisters, whose nationally syndicated variety program Ariel & Zoey & Eli Too was followed by a social media audience of millions. As she watched her siblings excel on camera and on the microphone, she never doubted that she, too, could win the hearts of listeners and viewers. Her appearances on Ariel & Zoey & Eli Too and its companion program Steal The Show introduced her irrepressible personality and appealing voice to young pop fans, and it’s no exaggeration to say that they’ve been patiently waiting for her to step out onto center stage. Now, at 14, she might not be entirely “Grown Up,” but she’s ready to ascend to stardom on her own terms.

That’s not to say that she’s left the family business behind. Far from it: on the creative team for this delightful pop confection was Eli Engelbert, the title star of Ariel & Zoey & Eli Too, who writes, produces, and arranges music as YETIBEAR (@yourbelovedyeti on Instagram), alongside Shawn Platzker and Jillian Slade (@shawnandjillofficial on Instagram). Eli has gifted his younger sister with a track that highlights all of her strengths. It’s immediate, energetic, danceable, candid, playful, and instantly memorable – and a showcase for Jojo Engelbert’s electrifying singing. Yet as enjoyable as “Grown Up” is, it’s a song that carries with it a serious message — and one that Jojo Engelbert believes in wholeheartedly. Jojo wanted a song to share the angsty so many young people feel at not quite fitting in with the “in crowd” – and the optimism of what is to come in life. The lyrics are a sharply worded message to the mean and a reminder to all teenagers (and grown-ups, too) never to indulge in constant comparisons with peers. Jojo Engelbert may have been blessed with extraordinary talent, but she wants to assure her fans that she’s susceptible to the same insecurities that all teenagers know well.

The “Grown Up” clip is, among other things, a demonstration of Jojo Engelbert’s ease in front of the lens. Time spent on the set of Ariel & Zoey & Eli Too — not to mention her starring roles in regional productions of the musicals Fun Home and Secret Garden — has taught her how to capture and hold viewer attention. She commands the camera, and that’s true whether she’s wearing grown-up threads or dressing like the kid she still is. It certainly helps that the director of the clip is her dad Matt Engelbert, manager and patriarch of this wildly talented family, but we’re pretty sure she’d have done just as well with any other filmmaker. She’s got too much natural magnetism and presence to remain on the sidelines one second longer.