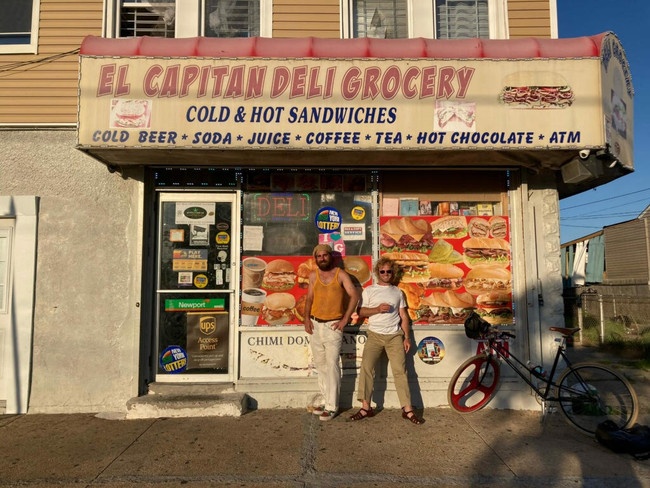 During the pandemic, Charlie Garmendia (of Champagne Superchillin’ and La China de la Gasolina) and his buddy, Boone (Ben Timble of Fly Golden Eagle) started a Domician sandwich pop-up in Brooklyn. The sandwich is called a chimi and while it looks super delicious, the two realized they had WAY more fun creating jingles about food and beverages than actually making and selling them.

‘Chimi/Liquid’ is an adventurous collection of those jingles and food based expressions. Spanning musical styles like tropicalia, reggaeton, samba, and jazz, ‘Chimi/Liquid’ is a perfectly weird summer soundtrack- and their videos are insane. The album is out everywhere on July 23rd.

Today the band is sharing the video for, “Mr. Liquid,” the second and final single from the collaboration. The track sounds like an acid-soaked, late 70s Paul Simon trip and the video is a surreal day at the beach. (It’s also amazing!)