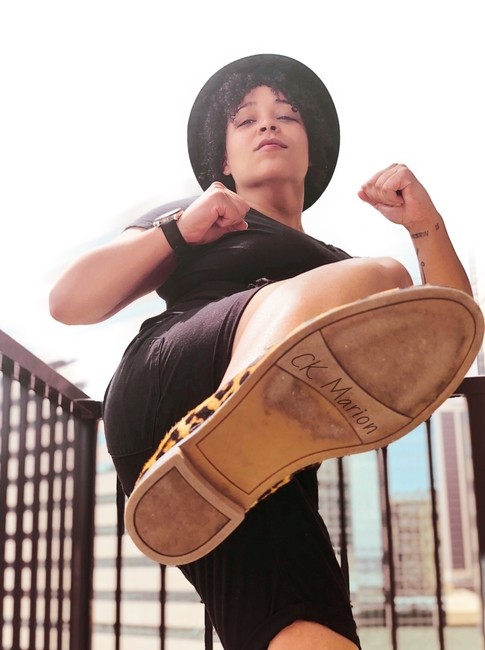 The last time we saw super rapper C.K. Marion, she was alongside vocalist Saint Mercury in their video for “Get Up,” the powerful rap anthem about injustice and prejudice within our neighborhoods. Since then, she’s been a force to be reckoned with. She continues to use her incredible voice and music to speak up for those who can’t. From the Black Lives Matter movement and LGBTQ issues to songs about life and love, C.K. Marion’s music is a safe place for every music listener. In her last video, she compared herself to a lion, and that power continues to follow her from song to song.

C.K. Marion is back and ready to do it all over again with “Dreamers.” It’s an airy-sounding song but with the same energy and fire as any other rap song. The song starts with a kaleidoscope of lightweight and breath-taking sounds that swirl in and out of each other. Once we hit the first verse, the beat drops and it’s switched into high gear. Straight off the bat, we hear C.K. Marion’s rapid spitfire of rhymes, and she controls the melody with her strong vocals. Like her other singles, she uses “Dreamers” to send a message to her listeners and all the Dreamers. That message is to go after your dreams and not to be afraid of chasing them. No matter who you are or what the dream is, she wants you to pursue it. It’s a song about being fearless and bold, something C.K. Marion knows all about it.

Get ready to be transported to a beautiful beach destination. This ultimate hybrid of a video takes place in the land of crystal blue waters and white sand beaches of Cabo, Mexico. For this video, C.K. Marion teamed up with director Rob Fitzgerald to create the perfect lyric video. Marion herself filmed the video footage of Cabo, and it’s stunning. We even get shots of Marion herself rapping the words to use as she dances among the rooftops. The lyrics flash seamlessly onto the screen, and the killer edits make this video come to life.