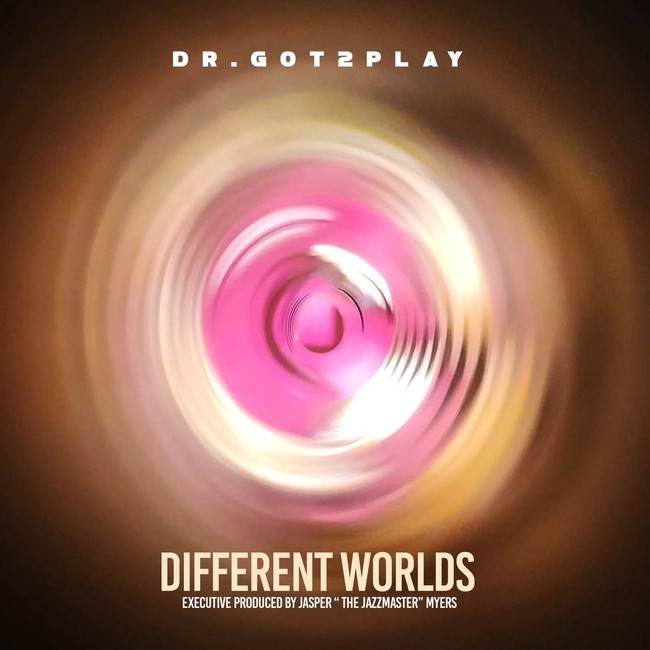 There’s something soothingly satisfying about the sound of a flute. Perhaps it’s the tender tone, airy texture of the notes or the memories of the high school band. Whatever it is, Dr. Got2Play encapsulates all that is magical about the wind instrument in each refrain of his latest album ‘Different Worlds’. Having worked with the masterful producer Jasper “The Jazzmaster” Myers, “Different Worlds” is swimming in varying styles and worldly influences. Dr. Got2Play’s latest album showcases how refreshing, relevant and modern the force of a flute can be.

The fifteen track album opens with the gentle air of ‘Sparkling Salty River’. You can almost picture the river rippling with each rise and fall of Dr. Got2Play’s refrains. The flautist’s hypnotic melodic movement, matched with Jasper Myers’ subtle samples and intricate hi-hat lines, makes for mesmerising listening. The contrast of styles meets somewhere pretty magical in the middle. ‘Slow N Sexy’ is another standout. An RnB flavour runs through its veins, yet the delicate samples sprinkled throughout edges the track into the realms of slow trance. Whatever you may class this track as it has serious beach-bar vibes. Dr. Got2Play’s dynamic flute melodies drive the track forward, grounding us in within the astounding sonic universe the pair have created. ‘New Orleans Gumbo’ showcases the awe-inspiring flute ability that makes Dr. Got2Play such a mesmerising musician. His effortless riffs make it hard not to be consumed by the engaging energy this song radiates. It’s interesting to hear a beat so banging as the one Jasper Myers has crafted being paired with the soft tones of the flute. Yet, without fail, ‘Different Worlds’ shows us that this is a match made in heaven. Concluding the fifteen tracks is ‘Streets of Boston’. Dr. Got2Play’s flute phrases are completely captivating in this one. Without fail, he flexes every musical muscle as he reaches seemingly impossible heights. Seriously, listen to the run at 1:53 — the effortless intricacy of Dr. Got2Play’s skills is astounding. Perhaps it’s the incredible fusion of genres that makes this album such an exciting addition to the scene right now. Perhaps it’s the utter ear candy of Dr. Got2Play’s fascinating flute riffs. Either way, ‘Different Worlds’ is a soundtrack set to score your summer.