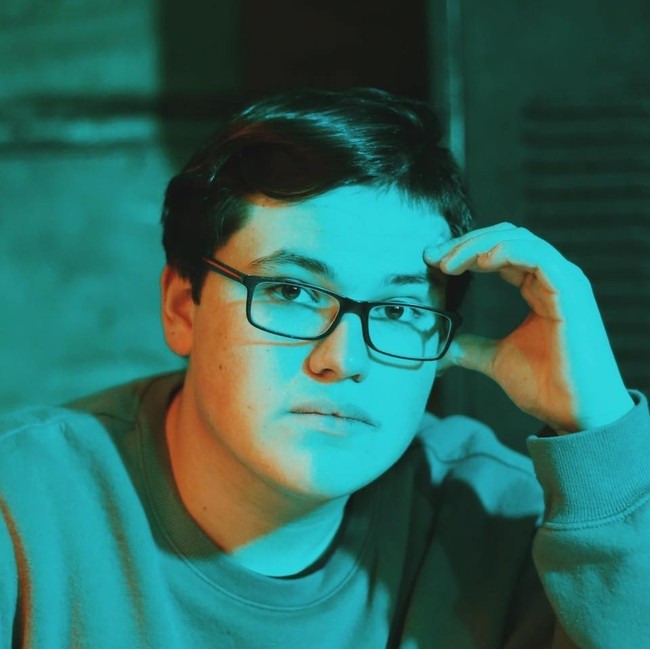 Where’s My Mind? is a five track EP release from sixteen year old Robert Eberle and it possesses a level of self-assurance uncommon even in releases from veteran and much older performers. His near-prodigy talents allow him extraordinary latitude to ransack modern music in route to writing and recording his own compositions. Yes, I agree with anyone who hears these songs and says there’s a lot of youth present here, there’s no doubt Eberle will evolve, but there’s also surprising wisdom present throughout the songs as well. Eberle’s writing frames his emotions on wide screen without ever allowing the songs to slip into wearisome self-indulgence.

He has polished each one to a fine sheen. “Novocaine” opens the EP and introduces listeners to its pensive mood. Eberle applies light effects to key pieces of instrumentation but avoids any overwrought decoration. It gives the song’s sound a gentle and warm glow. He doesn’t have the strongest of voices. He never over-extends the track, thankfully, and allows ample space for the instruments to breathe. Opening songs on releases of any length should be defining statements, in my view, and this meets that ideal.

The second track “Gone Goin’” is, arguably, the EP’s vocal centerpiece. It utilizes two different voices rather than Eberle’s alone though his presence and influence pervades the track. Eberle sets up his songs like mini pop symphonies with distinct movements. This way of songwriting depends on its transitions to succeed and each of the EP’s five tracks show Eberle’s mastery of this. Even if Eberle draws from modern musical fashion for this song, he blends those ingredients into a distinctly personal flavor.

Where’s My Head? has experimental edginess, as well. The electronic music powering much of this release reaches a peak of sorts with the title song. His emotive voice, however, plays well against these synthesized textures. Percussion comes in and gives the song a more definite shape than before and helps bring the song to a much more emphatic ending. I am impressed with the diversity Eberle achieves with relatively limited means, deliberately so, and it marks him as one of the most promising stylists emerging in recent memory.

The sensitive beginning of “Shadow” is one of the EP’s high points. Where’s My Mind’s production captures the vulnerability of Eberle’s voice with unaffected beauty and the interplay between his singing and the keyboard work deepens its effects. This moment crystallizes, for me, everything that makes Robert Eberle’s debut stand out as a singular achievement. He hasn’t reinvented the songwriting wheel, but his artistry is beyond question at the ripe old age of sixteen.

It’s one time when I am confident saying his future is boundless is no cliché. The finale “I Just Needed Somebody to Be Someone” accentuates the same vulnerability driving the earlier songs and, despite its manageable length, reaches near cinematic grandeur. He understands how to sustain listener’s attention developing a dramatic thread for them to follow throughout a track and this is an exclamation point for this method. His collection Where’s My Mind? is a powerful debut and well worth anyone’s time.