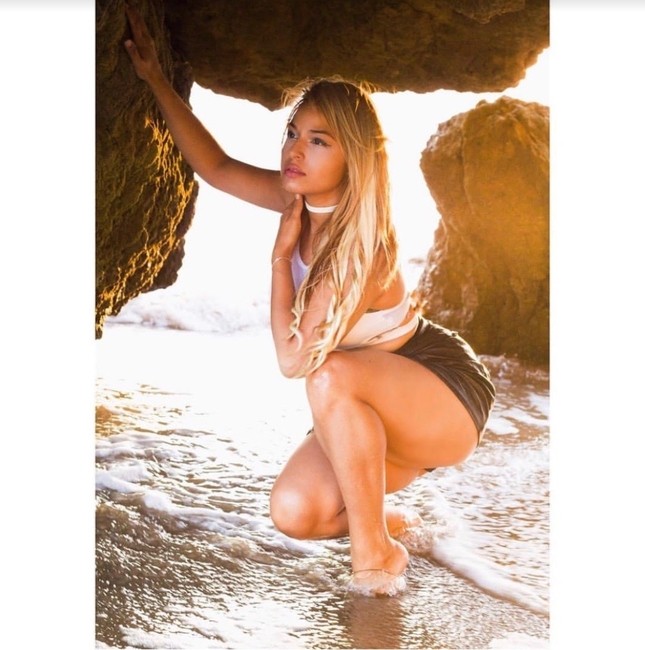 Every woman knows: some relationships aren’t worth saving. Sometimes a partner is too cruel, too aggressive, too possessive and overbearing, too reluctant to communicate. When you’re in a relationship like that, there’s no fixing things. R&B and soul singer Amanda Holley knows there isn’t any shame in walking away and never looking back — and she’s here to spread her message of empowerment and self-possession as widely as she can.

“Runaway,” her dazzling new single, is the vehicle for that message. It’s a silky, gossamer smooth modern pop-R&B track, decorated with radiant synthesizer and driven by delicate but propulsive percussion. The luminous production by Davis Chris and Shane Foster (Yo Gotti) and writing by Cecily Wagner alongside Amanda Holley herself provides the ideal setting for Holley’s vocal performance, which feels simultaneously classic and contemporary, adventurous and pleasantly familiar, and her words of encouragement to all those who feel cornered and who dream of escape. “You talk that talk, but you don’t back it up,” she tells a wayward boyfriend on her way out the door. She sounds tough, determined, ready to slam the door and face the consequences of her decisions. “Runaway” is a statement on relationships as well as her journey as an artist – walking from crazy situations and paving her own path, finding self-worth along the way.

This declaration of independence is just the latest success from Holley, who has been performing professionally since she was a child (off- and off-off-Broadway), and who continues to gain renown commensurate with her immense talent. She’s picked up some prominent fans recently, including Grammy winner Brian Stanley, The Gorillaz, Temptations songwriter Jimmy George, and Cuba Gooding, who called her “a beautiful young artist with a fantastic voice.” The tour that followed “Feenin,” her 2020 debut single, took her to Carnegie Hall, a Coachella afterparty, and the United Nations. Collaborators on Runaway, her upcoming EP, include legendary producer and musician Phil Ramone (14-time Grammy Award winner and Holley’s prior manager), Lady Gaga songwriters Rob Fusari and Nikki Gregeroff, Robert L. Smith (Paul McCartney, Aretha Franklin, Lady Gaga, Amy Winehouse), and Andre Merritt, who has written for Rihanna and Chris Brown. Holley has the title track on Showtime’s film Sharon 123, and herself is currently starring on a reality show under executive producer Larry Namer (founder of E! Entertainment) and Randall Emmettt (The Irishman & Vanderpump Rules), centered around E! Hollywood’s Acting Coach to the stars, Bobbie Chance.

She’s put some talented friends in the clip for “Runaway,” too. Celebrity stylist and designer Paris LV Ladon makes an appearance. They all play their roles to the hilt — they’ve been driven to the edge by partners who are mistreating them, and they’re gathering the courage to tell their tormentors goodbye for good. But the focus of the clip is Amanda Holley herself, and whether she’s at the microphone in the recording studio, or walking alone in a beautiful seascape, she’s setting her own pace, and taking her own steps with pride.