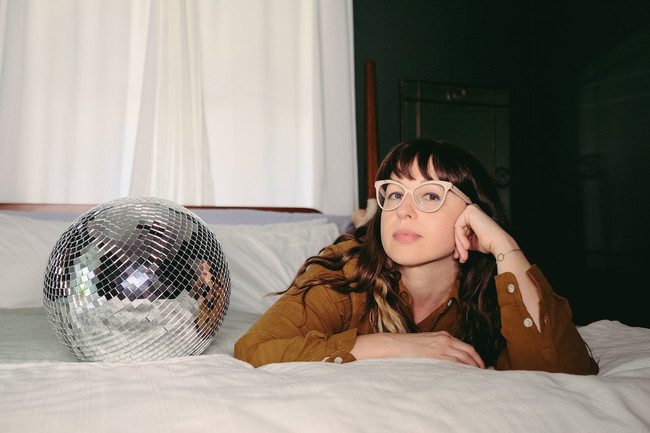 Typically found as the multi-instrumentalist frontwoman for beloved indie rock outfit, The Pauses, today Tierney Tough shows a new side of herself with the release of her first solo effort, “Apartment 54.” The piano-driven track is filled with lush melodies while lyrically Tough explores her overactive imagination as she creates a discotheque in her home to pass the time of living alone. The accompanying video for the song recreates her vision in miniature form, complete with tiny versions of Tierney and her dog, Arrow. You can watch the video for “Apartment 54” here now and stream the song here.

The song serves as the first release from her upcoming debut EP, A Farce to Reckon With, out July 9th. The three diverse tracks that make up the EP are awash in an array of pianos, synths, and organic tones that all set the perfect mise-en-scène for Tough’s voice. “Tired Swing” reels you in with its alluring melodies and unique found percussion, and the EP wraps up with an upbeat reimagining of “Friends of Mine” by the Zombies on which she invited Patrick Newbery (Cursive) and Shawn Alpay (Laura Stevenson, How To Dress Well) to play on. Although the EP is very much her own, Tough brought in Jim Dreffen to co-produce and J. Robbins (Jawbox) to mix and add the finishing touches on the release.