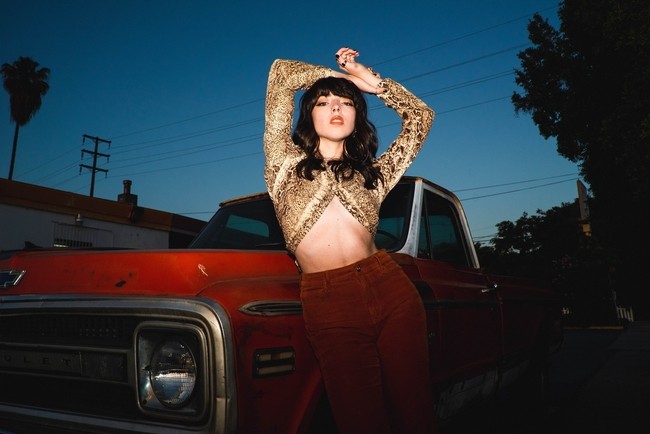 Singer-songwriter and producer Calica is a breath of fresh air in today’s indie pop scene. Her masterful vocal delivery paired with expertly crafted melodies transport the listener to a synth-pop paradise. Calica’s lyrics are cheeky and relatable, yet deliberate and intelligent. Her takes on love, loss and self-empowerment are boldly refreshing.

In April of 2020, she began posting on TikTok, and in just 6 months, garnered over 250k followers, 3.5M Likes, and over 10M views. Her ability to flip songs into different genres sparked her popularity on the app. But most notably, her single, Little Girl, went viral after posting a Tiktok of her father’s reaction to the song. The video was viewed over 3.7M times, and shared across acclaimed media outlets such as E!News and John Krasinski’s: Some Good News. Since then, Calica’s fanbase has grown exponentially. Listeners often reach out to share how connected they feel to her and her music.

Born and raised in Miami, Florida, Calica began taking piano and voice lessons at the early age of six. After attending various performing arts schools, she graduated from the University of Miami Frost School of Music. After graduation, Calica began writing and producing alongside Grammy-nominated producer duo SMLE. They collaborated on her debut album “Yes, Its About You”, and her two singles “Superficial Love” and “Little Girl”. Currently, Calica is writing & producing for herself as well as for other artists and brands. She is looking forward to releasing more music in 2021 and exploring new sounds & genres.