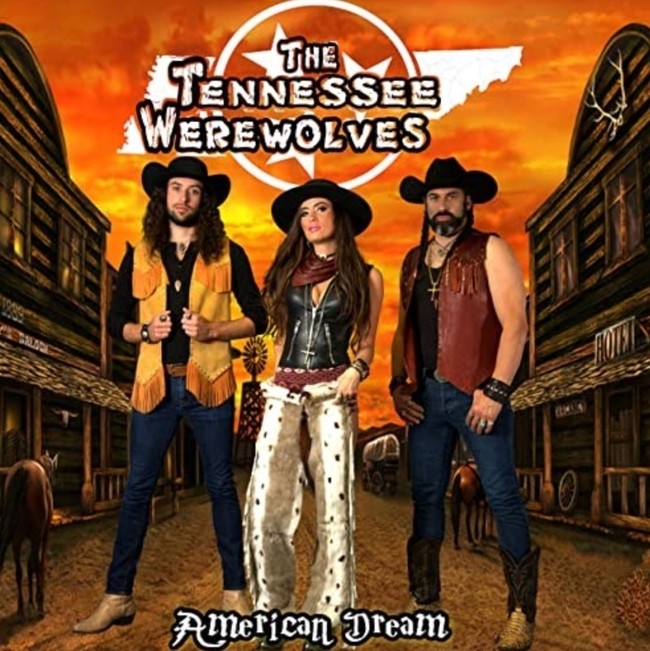 What does it mean to be the “Rolling Stones of Country Music”? An aspiration like that needs to be accompanied by a certain roughneck attitude. You’ve got to be loose and hungry. You’ve got to be able to make combustible songs that elicit feelings of danger and excitement in listeners from the first beat. You need to tell a story and back up your tale with music that reinforces its drama. Above all, you’ve got to foreground a rebellious spirit. It’s for all those reasons and more that The Tennessee Werewolves have been likened to the Stones. They’re carriers of the rock and roll tradition in the heart of Nashville — noisemakers and hip-shakers who’ve never lost touch with the spirit of the honky-tonk.

And what do rebels and outlaws sing about? Transcendence, deliverance, escape, and the refusal to be penned in. Like many other sympathetic misfits, the title character of “Amy’s Gone” can never settle down comfortably in a hostile world. She spends her time on the run — first from a neglectful home, and then from an explosive relationship, and then from life itself. But Amy is no victim. Defiance is her motivating force, and self-definition is her guiding star. She’s determined to live her life her own way, at all costs, and she won’t compromise with those who mistreat her. Tennessee Werewolves frontwoman Angel Mary brings Amy’s story to life with real fire and genuine compassion, and Christian and Antoine Wolf back her up with some backwoods thunder of their own. The result is an unforgettable story of a woman who wouldn’t be defined by others — one who ought to be immediately identifiable to anyone who slammed the door on a bad situation and bravely embraced an indeterminate future.

In the cinematic clip for “Amy’s Gone,” the Tennessee Werewolves dramatize this tale. We’re shown Amy as a girl, as a girlfriend and wife, and as an old woman ready to make her final escape. In each case, Amy is clearly imperiled but strong and determined nevertheless. Angel Mary’s characters are always unafraid — and that fearlessness is present on the singer’s face and in her carriage as she leads the group on the front porch of a rustic farmhouse. That’s a typical setting for a country band, sure. But: check out the amplifiers and the guitars.