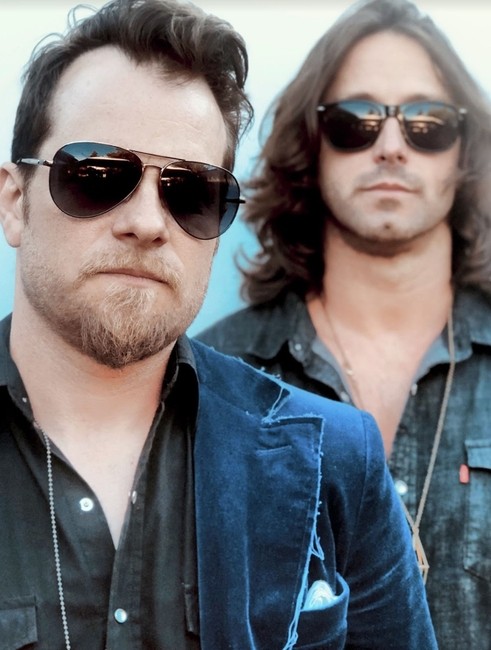 If you call your rock band Last Giant, there’s a pretty good chance you’ve got something to say about time, stature, history, continuity, and maybe about strength, too. You’re making a claim about your lineage and serving notice that you’re here to carry on the traditions of the masters. What’s more, you’re hinting that those traditions are imperiled by the contemporary indifference to excellence and that the qualities we associate with classic music are in short supply in ’21.

Portland, OR-based Last Giant isn’t running from that interpretation. They embody it. They play tough, muscular, fiercely intelligent modern guitar music: music meant to be heard live, at loud volume, in a crowd of listeners in a celebratory mood. These songs don’t just echo those of the first wave of classic hard rockers. They’re reminiscent of the ’90s alternative revival and the left-of-the-dial resurgence of progressive rock in the ’00s, too. Above all, this sound is the band’s own — an amalgam of everything good in rock music for the past half-century and an indication of where the form might go next.

“Idiology,” the group’s new single, also carries on another important rock tradition: protest. It’s a song about misgovernment and the need to penetrate the curtain of lies that threatens to smother public discourse in America. Bandleader Ryan Heise knows that great rockers have always taken brave stands, and he’s letting the authorities know that he’s on to their game, and he won’t be silent. Last Giant backs him up with music that roars and snarls as fiercely as he does.

The single is by no means the only topical song in Last Giant’s repertoire. Live From The Hallowed Halls, a thirty-minute concert film, contains plenty of pointed lyrics from Heise, ferocious beats of drummer Matt Wiles, thunderous bass of Palmer Cloud, and the stinging six string work of Bo Fickle and Heise. Filmmaker Brian Nelson captured the entire session on film — four talented musicians in a beautiful studio, arranged in a circle, each band member carefully listening to what his mates are doing, and responding with that combination of creativity and pure force that is the hallmark of all classic hard rock bands. “Idiology (Live)” is the peak of the ride: Last Giant captured at their most intense, and Heise delivering his words of defiance with absolute conviction. Excerpted from Hallowed Halls, it stands on its own as a testament to the power of rock, played at the highest level by true believers in its power.