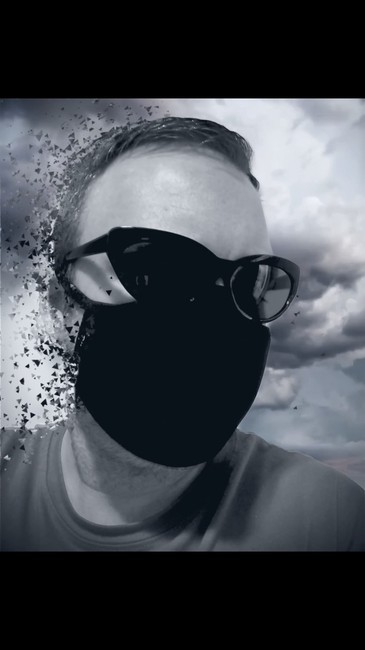 If you would have told me that a fresh addition to my daily soundtracks would be a record heralding the trials of the recent pandemic – a topic which, quite frankly, I would like to block out from my mind – I might not have believed you. Yet, Rick Christian has created a collection of terrific tracks capturing the Covid crisis quite perfectly. The Canadian based singer, producer and songwriter has gone for it on his debut album; ‘The New Normal’ is a bold body of work, and such a concept album is no small feat. This latest venture comes off the back of his self titled EP released earlier this year. These three tracks kick start Rick’s unique sound with a political power and production prowess that has cemented Rick’s place in the ever evolving electronic landscape. ‘The New Normal’ is an effortless evolution for Rick, as he fine-tunes his nostalgically new sound and transports us to his all-consuming sonic universe.

‘The Human Race’ introduces us to Rick’s unique electronic atmosphere. Rick sculpts a soundscape of gentle keys, subtle synths and a pretty slapping drum beat. We quickly acclimatise to Rick’s routine distortion of his vocals. I love this staple in Rick’s sound; it further cements this electronic universe that Rick curates so captivatingly. This intro sets the scene, sets the tone, and sets us up for a fully immersive audio journey awaiting us — I’ll be waiting to hear scoring some abstract Rick and Morty fight scene sometime soon. ‘Holiday In Covid’ is another stand out from this album; Rick cranks up the intensity as sawtooth synths swim through your headphones. Rick seems to perfectly encapsulate the relentless boredom, broken only by breakdowns mirrored magically by the expertly curated chaos of metallic vocal lines and thickly stacked striking synths. ‘Wondering’ showcases the softer side of Rick Christian’s artistry. Concluding ‘The New Normal’ is the outstanding track ‘Outside Looking In’ — a track rich with bubbling synths bouncing off the steady beat below. At this point in the journey, we’re truly on the “downside looking up” as Rick observes the altered reality in which we all find ourselves. ‘The New Normal’ boasts a sound specific to Rick Christian’s sonic landscape and is an immensely impressive debut from a newly emerging artist. With seven tracks oozing fantastic flair and interdimensional energy, Rick Christian’s debut album is most certainly something I will be taking into the new normal – whatever that truly means.

Listen to ‘The New Normal’ on SPOTIFY NOW