Vincent Hansen aka Galati is an Italian Born and raised in Middletown, Pa. He is best known as a Country/ Hip-hop/Rock singer, but specializing in Country music. He has released 4 singles within the last 3 years that include the following: No Friend Like Mine, Been Told, Come on Girl, Come on Girl ( remix). He has performed across the United States and managed to have 3 of the 4 songs placed on the radio station in Arizona. Music is his life. Growing up listening to Randy Travis, Garth Brooks, Tim McGraw, Rascal Flats, Metallica, Pearl Jam, KRS1, A Tribe called Quest, Kool G rap, Kendrick Lamar, J. Cole, Camouflage, Big L and many more! Started writing music at 7 and never stopping working on his craft! Starting off with just straight hip hop and leading into the artist he is today, mixing country with hip hop! Creating a sound like no other! its off to the rodeo for Mr Galati. 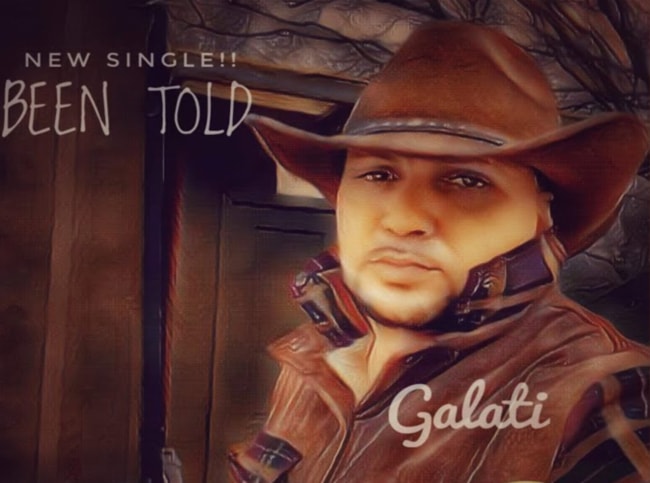 Galati also created merch called” Life in General ” and opened up an LLC named “Life in General Entertainment”, where he works with other up coming artists who need help with writing, engineering or recording. His first Album will be called culture-shocked because he went from hip hop to shedding his skin to reveal himself as a country artist. Galati’s passion for music is unbelievable and can literally write hit songs in minutes! His ear for music is like no other! He also is opening up a non-profit Homeless shelter named “There’s Moore 2 Life”, because he knows the feeling of being without a home.

“WELL WORLD, I HOPE YOU ENJOY GOOD MUSIC BECAUSE THERE IS GOING TO BE ALOT OF IT COMING FROM ME!!” – Galati