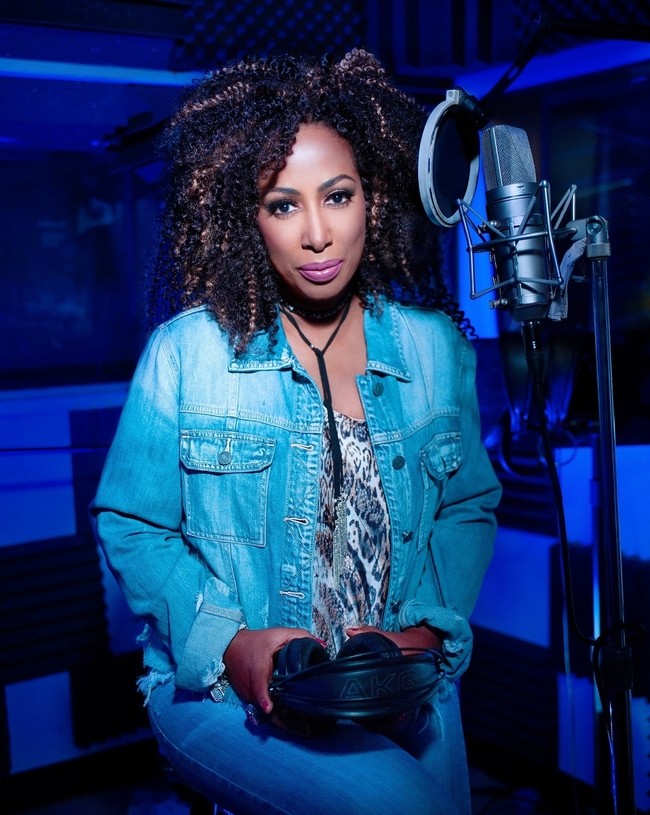 The relationship between the Catholic Church and Haitian Vaudou has not always been a friendly one. One tradition is historically dominated by European voices, while the other has roots deep in Africa and the Caribbean. Yet there’s no reason why there shouldn’t be a respectful dialogue between the two religions. Catholicism and Vaudou actually have much in common – there’s a deep tactility to both faiths, a theatrical quality, an emphasis on ritual and rite, and a belief in the power of intermediating spirits and saints. Haitian-American singer and songwriter Malou Beauvoir was raised by a Catholic mother but was also profoundly affected by a father who practiced Vaudou. She’s seen Catholicism and Vaudou, she understands their nuances, magic, and beauty, and she’s here to say that cross-cultural exchange is possible.

The vehicle for this reconciliation is “Kenbem (Hold Me Up),” her latest single and video, and a healing balm for troubled times. It’s also a work of great beauty and musical daring: Beauvoir is a gorgeous singer and an appealing cultural ambassador, and she’s got a knack for integrating traditional Haitian sounds and rhythms into North American and Northern European pop songs. “Kenbem” is Beauvoir’s reworking of “You Raise Me Up” by Brendan Graham of Norwegian-Irish pop group Secret Garden, a song that, while not overtly devotional, has profoundly spiritual overtones. Josh Groban took the song to the top of the charts in 2003, but over a hundred other versions of “You Raise Me Up” have been recorded, in many different styles, since its composition. Malou Beauvoir’s version makes her project of unification palpable in its arrangement – it begins as stately as a church processional and then integrates danceable rhythms into its ecstatic release. Beauvoir has fitted Haitian Creole lyrics to Graham’s timeless melody, and the result is a classic transformed, opened up, and reimagined for people of all faiths and traditions to inhabit

She’s also found a suitable place to shoot the clip: the historic St. Bartholomew’s Church in New York City. It’s here where Malou Beauvoir dramatizes her own intellectual evolution. She shows us the young girl, the devout mother, the intense father, and all of the symbols of faith and religious practice that imprint the mysteries of the spiritual world on a young mind. Cleverly, she shows us the many sites of intersection between Vaudou and Catholic practice: the candles, the clothes, the celebratory feel of services, the sense of surrender to higher forces. What, she asks, if we set aside our differences and concentrate on the many things we have in common? Haiti – and the whole world – might heal.