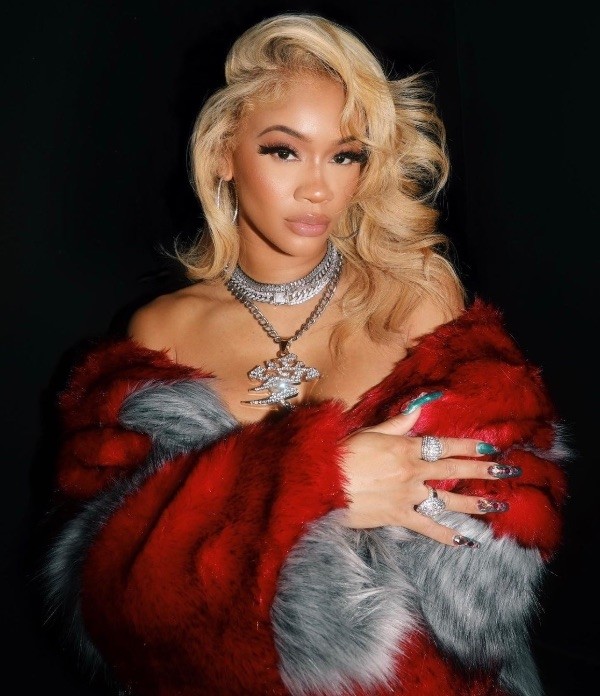 Multi-platinum party-starter Saweetie unveils another upbeat anthem with “Fast (Motion).” Inspired by Miami’s iconic dance culture, the high-energy single bounces between an infectious hook and Saweetie’s confident verses, and it arrives with a larger-than-life visual to match. The new song is another glimpse of what to expect from the California MC’s highly-anticipated debut album, Pretty B*tch Music, arriving June 25th.

After releasing a string of smash collabs, including #1 US singles “Best Friend” featuring Doja Cat and “Back to the Streets” featuring Jhené Aiko, “Fast (Motion)” finds Saweetie holding down the track on her own. She reminds listeners of the effortless swagger she’s known for while encouraging them to tap into their own energy. “I can’t help I was born like this,”she raps. “Ain’t my fault that you want my drip.” In the playful and punchy visual, Saweetie conquers competitors with ease while she races cars, spars in the boxing ring, charges down the football field, and goes head to head with WNBA MVP A’ja Wilson in a super-sized game of one-on-one. Throughout the video, Saweetie spotlights black-owned brands she consumes such as Brandon Blackwood, Matte Swimwear, Mielle Natural Hair Care, Frank’s Bod, and High Hemp in addition to brand partners Quay, Jack Daniels, and Triller.