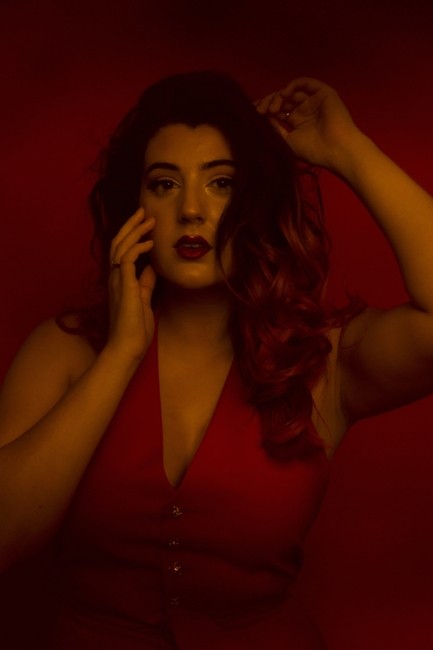 After wowing audiences with her breathtaking debut single and video Greenhouse in 2020, Montana Sharp is back with her magnificent follow up single Power – a layered theatrical pop track about the pros and cons of wielding emotional power as a woman in a romantic relationship, released today – May 7. Once again collaborating with Majella Productions (Maddy Jane, Julia Stone, Ecca Vandal) to create a fittingly epic music video to accompany the enormous song Power, this spectacle was inspired by the one and only Queen of Hearts from Alice In Wonderland. And you had better believe the hype, Sharp celebrated the release with a completely sold out show at the Wesley Anne in Melbourne lastnight and has announced a second show at the same venue set for Sunday May 16.

Power is not quite the empowering song you might think it is upon first listen – and this nuance is Sharp’s strength. Evocative of Eurovision stars Kate Miller-Heidke and Montaigne, Power is a tour de force, propelled by cycling piano, impressive percussion and an all-encompassing chorus throughout which sees that powerhouse voice soar to new heights. Speaking on the inspiration behind this intriguing song, Sharp offers some deep insight, saying, “I think I grew up sold on the idea that my life would be magically ‘fixed’ once a man came to rescue me…I’d get into a relationship and expect the guy to ‘save’ me from my problems, and I’d be so disappointed and bitter when they inevitably couldn’t – so I’d cut them off abruptly in order to regain a sense of control. I know people will listen to this song and think it’s empowering, and perhaps it was when I wrote it – but I think the head that wears the crown was very heavy, and there’s a lot more subtext within the story.”