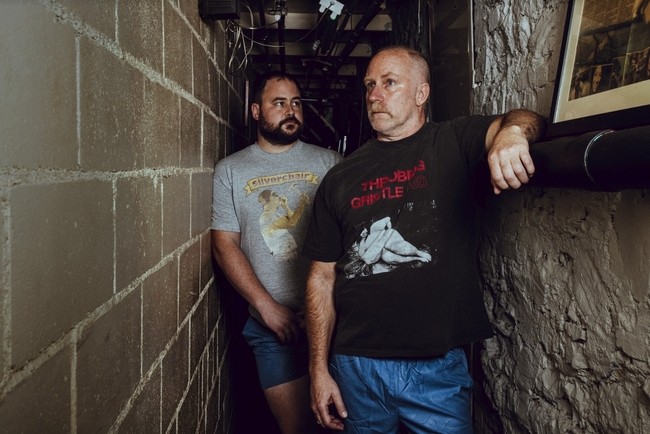 Two gay lovers, Joey Holman (HOLMAN) and Roddy Bottum (Faith No More, Imperial Teen, CRICKETS, Nastie Band), unite to merge their affection, music abilities, and most importantly, their gay pop confidence in a new collaborative project, MAN ON MAN. Their indie-rock style is timeless, and the themes prevalent on the track rose from hardships that emerged during the isolation of the pandemic. At the onset of the virus, the boyfriends moved from the East to the West coast. In the span of six months, the two mourned the loss of both of their mothers. Holman and Bottum celebrated the women’s impactful roles by nestling together and spilling their hearts into “pop melodies that collide effortlessly with both a shared melancholy and simultaneous hope.” M.O.M. not only flirt with each other on-screen but with the audience as well. It’s guaranteed viewers will be engrossed by the screen chemistry the partners emit.

The birds and the bees are canceled; it’s the bees and the bees from now on. “Stohner” encapsulates true love between two people; it’s raw, it’s unrestrained, and it’s immensely fervent. As the fourth single from their upcoming self-titled release, “Stohner” is a prime indie-pop love song suffused with distorted instrumentals and earnest lyrics. Director Brendan McGowan kept the visual unadorned, concentrating the sole focus on the couple and their radiating affection for one another. Illuminated by a soft, warm glow, Bottum and Holman share a kiss to commence the shoegaze strumming.

When writing the post-grunge rock track, their goal was to shake off the paranoia at the beginning of quarantine. Regarding “Stohner,” the duo states, “As we continue to tell the story of queer love and tenderness, it was important for us to showcase our affection in new and exciting ways.” By the end of the clip, their desire for each other exceeds the need to act PG in front of the camera. As two bees meet, honey is generously poured over the pair leaving the lovers locked to each other as the song fades out.