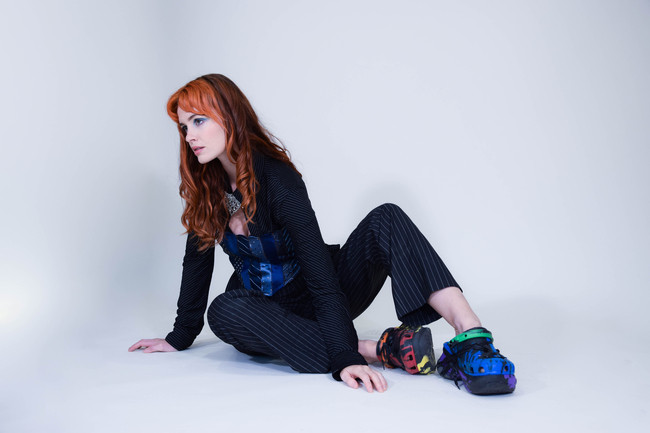 North South East West feels evocative of alt-pop forces Clairo and King Princess with a Mark Ronson-esque beat and production – but also exhibits something uniquely Austen. Perfectly summery, with gentle, rolling percussion and lush, full instrumentation that highlights Austen’s quietly assured vocal, North South East West is a woozy track that feels just like falling in love. Co-written by Evan Klar and Hailey Collier, and co-produced by Evan Klar and Jono Ma, North South East West is a beautiful addition to Austen’s impressive discography, as she explains, “North South East West is about that easy type of love where it feels like you’re living in a hazy dream, exploring new territory and not having to force anything – a love letter to the honeymoon period. I’d written a lot of songs about toxic love and I wanted this one to be the polar opposite…it’s a love song to simple, flirty love.”

The video for North South East West is as joyous as the song itself. Filmed by Teel Studios (JOY., Miss Blanks), the clip features Austen starring in every role, from drummer to audience member, and has a gorgeous, sun-soaked, retro vibe. Reflecting on the inspiration behind the video, Austen says, ” I had the idea as a way to bring out the breezy, throwback vibe of the song, and also because it just feels like a song that needs to be played live. I was at home playing around on the song with my guitar and my bass and drum pads, and I thought if my band can’t cross the borders then I may as well play all the bits myself. I wanted to create different characters for each instrument, to form the ultimate girl band and embrace those different sides of myself.”