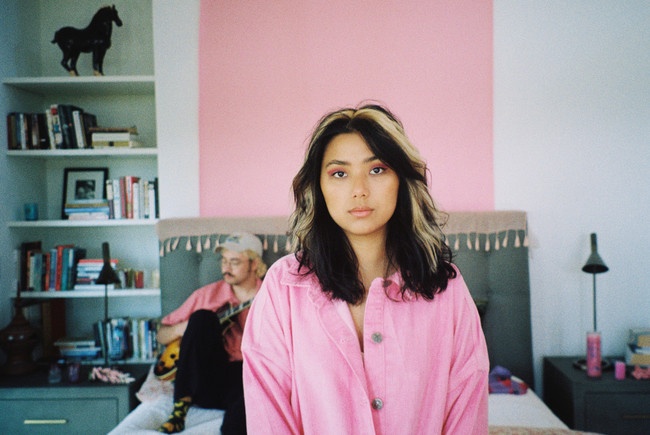 Of the track and video, spill tab says: “This song is cheesy as fuck but I love it, it’s pretty straight forward, a little shameless – the lyrics are sort of a way of expressing my love without openly saying ‘I love you.’ The director and I wanted to do something lighthearted and playful for the video, so we decided we would have all of our homies in it paired with different colors and angles and set designs.”

“Anybody Else” and “PISTOLWHIP” follow the bilingual singer’s latest EP Oatmilk, which received praise from PAPER Magazine, NME and Pigeons & Planes who proclaimed, “she has a sound that transcends worlds.” NME, Pigeons & Planes and Ones To Watch also included her as one of their Artists to Watch for 2021. She was also named SiriusXM/Alt Nation’s Point of Origin Artist for 2021.