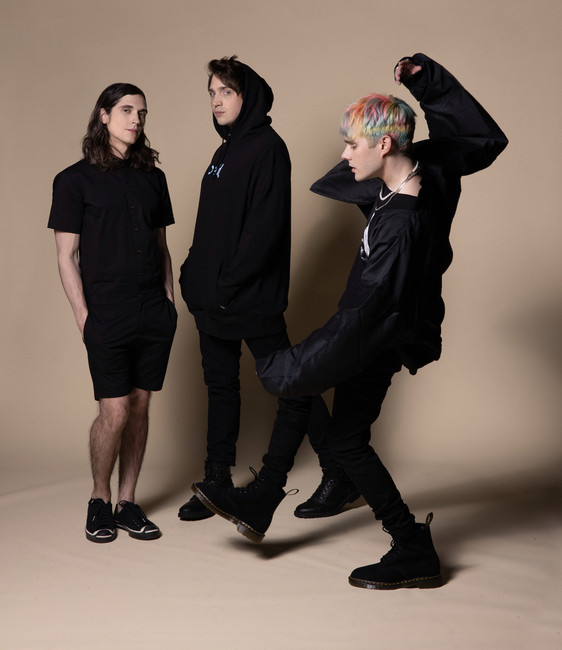 Today, pop rock trio Waterparks release a brand new single and video “Numb” via 300 Entertainment. “Numb” is the latest installment of “Waterparks Wednesdays”, where the trio debuts a new release on Wednesdays leading up to the album. “Numb” is a high-energy and deftly-produced track featuring Awsten’s killer vocals and an effortless flow. The song’s addictive beat will leave listeners no choice but to bang their heads. The rainbow-hued video for “Numb” matches the undeniable energy of the track. The visual is a vibrant whirlwind that features the guys rocking out; it’s a fast-paced party that fans will most definitely have on replay!

The “Numb” release comes on the heels of a massive album announcement and the “Snow Globe” single and video release. Waterparks’ new album Greatest Hits is set to release May 21. This album has been massively anticipated by fans, and everyone is ready for a new body of work from Waterparks. The band is ready too, and they are revving up for a whole new era. This past Saturday, the guys went on *virtual* tour for their livestream performance – The Anti-Tour, which was a super fun way for the guys to connect with fans and share live music, even if they couldn’t do it in person. Waterparks are back in full force and ready to share more of their brilliant music with fans.