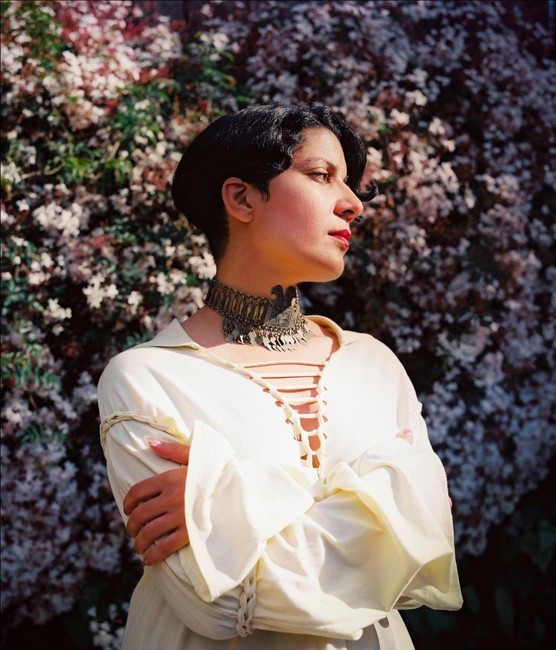 Fatima Al Qadiri today announces her return to Hyperdub, with a suite inspired by the classical poems of Arab women. Her new album Medieval Femme, out 14th May (with a vinyl release due 23rd July) invokes a simulated daydream through the metaphor of an Islamic garden, at the border between depression and desire, where the present temporarily dissolves, leaving only past and future.

Medieval Femme expands on ideas instilled from Atlantics to capture a fully realised, dreamlike setting, shaded with colour and subtle friction. The theme of the album is the state of melancholic longing exemplified in the poetry of Arab women from the medieval period. Fatima seeks to transport the listener to a place of reverie and desolation, to question the line between two seemingly opposite states and rejoice in celestial sorrow.