Singing drummers may now be in vogue, but very few combine the masterful musicianship, vivid lyrics and expressive vocals one experiences with Alex Rex. In fact, few musicians have a CV as impressive as bandleader Alex Neilson. He’s drummed with some of the most eclectic musicians of the international underground; from Bonnie “Prince” Billy to Shirley Collins, Jandek and Current 93. All on top of a 10-year stint with his own critically acclaimed psych-folk outfit, Trembling Bells. 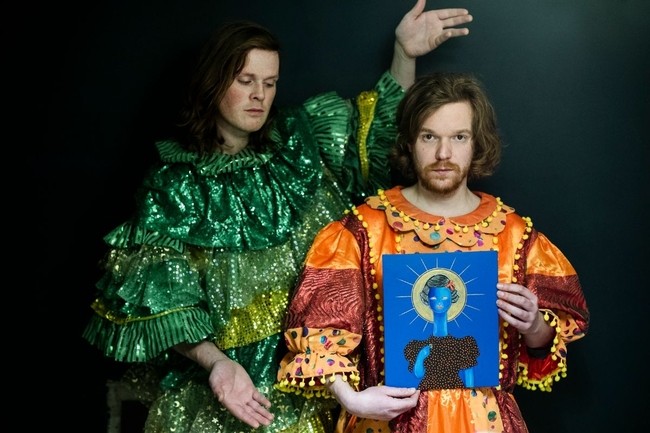 Paradise is his fourth album as Alex Rex. Whilst the first three were shrouded in loss and loathing, Paradise is a different beast. In many ways, Paradise marks a fresh start for the Glasgow-based polymath. Reunited with ex-Trembling Bells vocalist Lavinia Blackwall for the first time since the band’s demise – Marco Rea (Euros Childs) and regular collaborator Rory Haye make up the rest of the Paradise party, with guest vocalist Kacy Lee Anderson (Kacy & Clayton) blowing a seductive smoke-ring through one track. Paradise introduces us to a new and uncharacteristically playful side of Alex Rex.

Neilson can navigate the kosmische orbits of Richard Youngs, find the free music floating in Alasdair Roberts’ traditionally styled songs, and conjure a stadium-sized folk-rock band that never was in the shape of Trembling Bells. But Paradise reminds us that he is also a master-of-composition in the classic sense, an astounding lyricist and a kick-ass drummer.

‘What’s Shouted In The Dark (The Dark Shouts Back)’ is out now and Paradise will follow on July 30th via Neolithic Recordings.