Silverstone Records USA releases the new music video from the Billboard charting hit Rock Band, CORE with “Save Me” and it’s already catching eyes for the high-end production and some characters who have over the top roles in this video. Best-selling Author, Reality Star, Boxer, and Baseball Legend Jose Canseco and the very first official 2024 Presidential Candidate James Bills of Texas, both appear in this very sexy new short film and music video that is available on VEVO and Networks now. 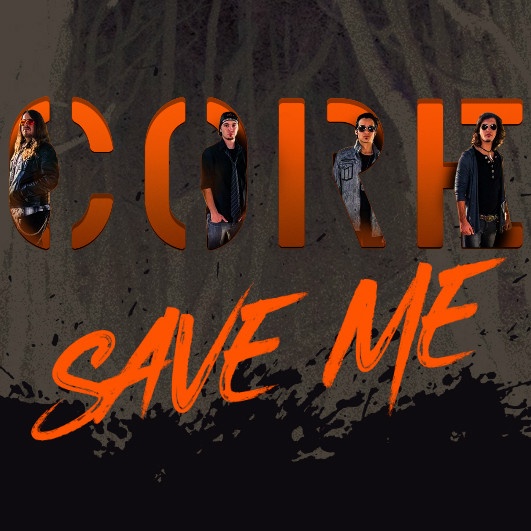 Canseco’s role, a Las Vegas Mobster (as Gino Leonardo) stands out in this CORE video, and the film industry has taken note. The 6′ 5″ 240-pound mega-star who was in training for a boxing match to fight on Pay-Per-View just days after the CORE “Save Me” filming ended has been getting offers to play similar Mob roles in feature films after the news picked up on it last week.

Presidential Candidate Bills makes an appearance (as Vince Lupo) who is a Masked Minion under Canseco’s control. Bills, who is also a Professional Baseball Coach, gelled quite well with the professional athlete on set, even talking politics and the future of America. Actor Brian Ramian (as Marco Mason) and Super-Model-Actor Miss Zitlaly Cervantes (as Claudia Quintano) add to the filming roles as they play a modern day Bonnie and Clyde that execute a complicated and dangerous jewelry heist with the help of an unlikely BAND of accomplices. Zitlaly’s character goes bare naked in order to get through a laser trap to complete the heist. It’s a clever yet classy sexy scene in the video.

Shot and produced over 9 days in Las Vegas at the Plaza Hotel, CORE had quite a big audience watching while filming took place on the rooftop of the hotel vegas landmark. Filming crews worked around people in the packed downstairs Plaza Casino, and out on the same rooftop landing pad Frank Sinatra and the Rat Pack would land on to get back to their very private penthouse suites at the Plaza Hotel years back.

CORE “Save Me” is Directed by Bruce Haymer-Coleman, the famous MTV music video producer and director who has worked with Elton John, Alice In Chains, Depeche Mode, I.N.X.S., Tesla, Sponge, Garbage, Hole, Better Than Ezra, The Meat Puppets, The Cranberries, Gloria Estefan, The Proclaimers, Mellissa Etheridge, Akon, Donna Summer, and many more major label national recording artists. Haymer-Coleman, Canseco and Bills are represented by CORE’s Manager, Mike Quinn, President of Silverstone Entertainment USA Los Angeles the parent company of Silverstone Records USA. CORE’s Tour Agent, Andrew Goodfriend of TKO is gearing up for the CORE TOUR later this year, so look for them on the road for a great live experience.