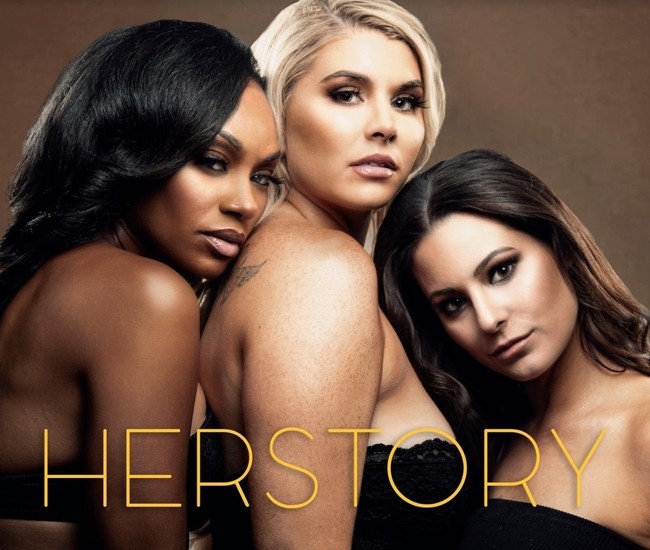 When forming the next girl powerhouse group, there’s only one way to truly test the members’ synergy. Besides synchronizing during every studio session, the trio of HERSTORY knew they were meant to be after an intense and spontaneous karaoke session. From the artists they chose to the way they harmonized, the Chicago starlets solidified what was going to be the great start of an infinite friendship and music career. HERSTORY is made up of Dhniera Blu, Arielle K, and Mandy A, all of who come from different paths but are now uniting to share their stories as one. The definition of “herstory” means to tell history from a female perspective, and the girls make sure to stay true to a narrative that empowers all women. The three were brought together by executive producer #TEAMJOHNHILL, a songwriter and producer who has worked with R. Kelly and 50 Cent. They show traces of past leading girl groups but are true to their own style. It’s safe to say, “these ‘girls got Spice’ with a little ‘TLC,’ but they don’t need ‘five harmonies’… so get ready because ‘Destiny’s children’ will make Herstory!”

If there’s one thing about HERSTORY that needs to be emphasized is their sense of willpower, it’s clear that these girls are focused and determined, and they’re not the types to get distracted easily. So, if you waste their time? You’ll be hit with an invoice. Their new music video, “My Time,” makes it evident that they prioritize their prime surrounding themselves with people and places that are only going to build them up. It’s a bouncy pop track that pulses with confident swag; it’s a self-assured anthem that reminds girls to know their worth. They dance, coordinate, and hold their ground. HERSTORY even previews their subsequent release, “Pony,” by sporting straw hats, denim, and a vintage Cadillac. “My Time” is just one example of the artistry HERSTORY can exhibit, a single that has three different flavors combined to make one spicy meal.