Slow Burning Car is back with another album bursting at the seams with electrifying energy this year. ‘Projection’ radiates the rich talent of the rock-rooted five-piece. This recent album comes off the back of their fourth studio album ‘Defection’ — a stunning sonic experience oozing the alt-rock attitude that pours from each note in the astounding outfits track list. Sculpting a soundscape swimming in grunge, rock and experimental accents, Slow Burning Car boasts a sound demanding to be blasted. 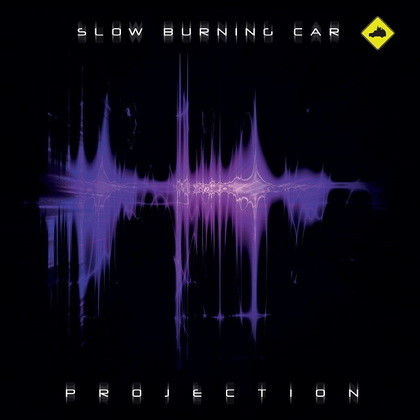 Since it’s release in January, ‘Projection’ is providing the perfect, punky soundtrack to get us head-banging in our boring bedrooms this year. Opening with the immersive explosion that is ‘Public Cynic,’ the five-piece offer up an alternative ’90s rock anthem. With atmospheric audience samples, Slow Burning Car allows us to forget the live-gig drought we’ve all endured this year. ‘Lad-Ish Man’ is the following sensational single from ‘Projection’. Once again, Slow Burning Car showcases the formidable force of female vocals as this five-piece outfit reclaim and reinvent rockier realms. ‘Gardens in Space’ is another standout in this sea of utter anthems. Whilst being the lengthiest single from the group to date, ‘Gardens of Space’ radiates relaxed energy, which swiftly shapeshifts into a stunning, spacey sound swimming in extraterrestrial airwaves. Take it from me, give your senses a treat and stick this in your AirPods asap. ‘Projection’ concludes with the tantalising track ‘Transfer Terminal Twelve’. This sonic landscape sees vibrant bass lines, graciously sweeping guitars and softer cymbals make way for the hard-hitting, explosive energy that Slow Burning Car do so well, and we love it. What’s most exciting about this album is the effortless eclectic blend of influences; moments of metal is mixed with experimental atmospheres, old-school rock riffs and grungier signifiers. It’s evident from this album alone, Slow Burning Car has more to offer music than many outfits combined. Whilst we have a lot to look forward to as normality tentatively tiptoes back in, seeing Slow Burning Car’s latest musical venture live is undoubtedly high on that list. Slow Burning Car is on the climb to total alt-rock domination and, if this album is anything to go by, it will be anything but slow-burning.

Listen to ‘Projection’ on SPOTIFY NOW