No two life stories are ever the same, especially for members of the LGBTQA+ community. Coming to terms with one’s own sexual identity can be messy, clean and everything in between, but always becomes a deeply important and emotional part of each person and this story is no different. New York indie-rock artist America Jayne’s (Erica) newest single “My Boyfriend’s Roommate’s Girlfriend”, out everywhere today, is the first of America Jayne’s catalog to directly address her journey of accepting her own identity as a pansexual cis woman. 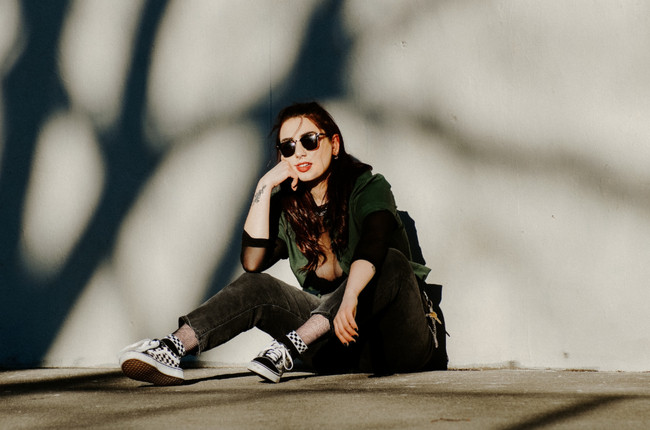 Without a concrete understanding of our internal motivations, human beings can naturally feel uneasy and confused. Since a young age, America Jayne struggled with the fluidity of her attraction to all genders, questioning every small and large choice she made, unwilling to face something that had the potential to change her life. While trapped in a box only allowing herself to date men, she still found herself developing innocent crushes on all genders, until she could no longer hide it away.

America Jayne elaborates further, “‘My Boyfriend’s Roommate’s Girlfriend’ is a song for the queer community. I want to normalize the scary, confusing, and sometimes infuriating journey of discovering your sexuality. It’s OK to be confused. It’s OK to question yourself. But most importantly, it’s OK to be yourself. However unique that may be. Your sexual journey is entirely your own.”